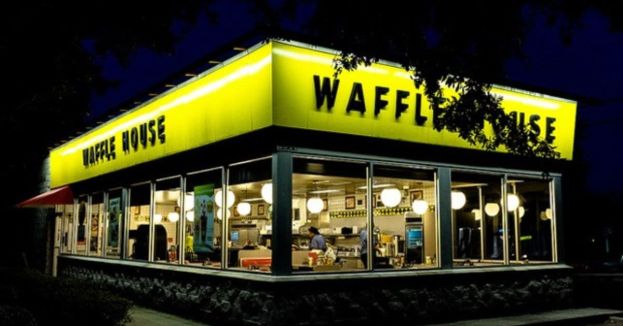 Right News Now reports knowing how to defend oneself came in handy for a Waffle House employee on Christmas Day.

According to Mekka Don, who had video footage of the incident, said, “She needs to be the lead in the next action film. Waffle House job training is off the chain.”

The video has gone viral with over 5 million views and retweets nearly 13,000 times. The ‘she’ being referred to is the Austin Waffle House employee who successfully defended herself from an attack by an angry woman who took aim and threw a chair at the employee’s head. The employee quickly avoided the chair assault, which earned her praise from online social media posters.

The Morgan County Citizen reported, “When officers arrived, reports state, they observed several persons outside the restaurant ‘yelling.’ Brown told officers that he had placed a to-go order, and when he was given his order, he stated that the food in the order did not correspond to what he had requested.”

Smith and Brown were booked into the Morgan County Detention Center. Brown told the police he had argued with the female Waffle House employee. Reportedly, Brown had been offered a refund before the fight.

Smith’s police report stated that she was “acting belligerent” during the Waffel House incident. The report also noted several children were at the Waffe House during the brawl.

The New York Post added some fun to the Waffle House brawl by reporting that ‘Wonder Woman’ Lynda Carter said, ‘I trained at Waffle House.’ Carter posted on Twitter along with a clip from an episode of the Wonder Woman TV series that showed her Wonder Woman character successfully fighting off an attack by a wooden chair and destroying it.