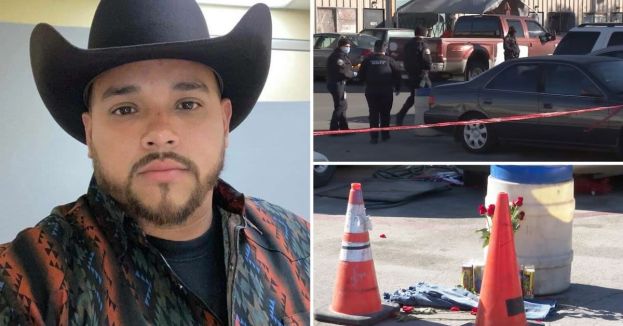 The mechanic, 29-year-old Luis Manuel Casillas, was found lying close to the 7600 block of North Freeway.

Luis’s sister, Sandy Casillas, told a local media outlet that witnesses had come forward and explained what had occurred.

According to the local media outlet, Casillas was reportedly in a dispute with an unknown customer over a repair bill that would cost the customer $500. The unknown client was in the company of five other men when they entered the repair shop, and he refused to pay what he owed to repair the customer’s truck. The situation escalated, resulting in the customer being told, by Casillas, to take his truck and leave. At that point, the confrontation turned violent.

Also, from KHOU11, Sandy Casillas claimed she had heard that her brother begged the gunmen for his life and told them, “I have a family, just take whatever you want,” but the gunmen ignored his pleas.

His family said Luis had purchased presents for children for Christmas and planned to use the $500 owed for repairs to complete his shopping list.

According to the New York Post report, on Christmas Day, the victim’s relatives were at the crime scene and demanded that the people responsible for the death of Luis Casillas be held accountable. Casillas’ sister said, “I’ll be damned if I let this case go cold.” “My brother will get his justice.”

Luis died at the hospital due to the injuries sustained in the shooting. He leaves behind his wife and two young daughters, ages 2 and 3.

Investigators told KHOU-11 the incident is being looked into, and they are searching for surveillance footage of the shooting.

The family told the news outlet they have shared with the police who they think the gunman was who committed the shooting. No suspects have been identified.