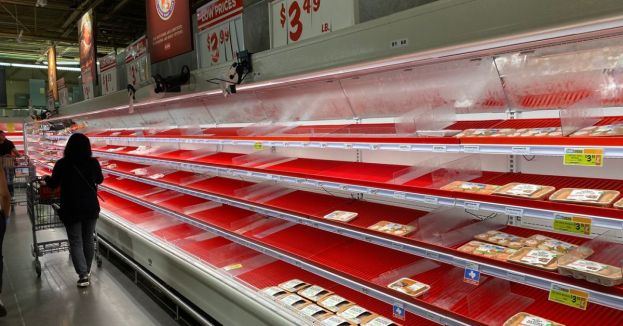 The American farmer has been through the worst conditions that anyone could have ever expected.

They fought with drought and the self-inflicted troubles from the Biden Administration of inflation and bad market practices.

Fox News reported one farmer, Stephanie Nash, saying, “I definitely think we have a food security threat. I believe 2023 is going to be rough. Worse than this year.” The record highs of inflation and the constantly rising cost of consumables have many people worried. Farmers battle the market every year to make a living. But for them to deal with the unexpected is enough to cause many to worry about the future.

Nash pointed out that “2022 was a really hard year. I think there’s going to be a lot of shortages next year for sure. We’re going to have a supply chain shortage, we’re going to have an increase in our food [prices] at the grocery store. I don’t think it’s going to go down anytime soon, and I think Americans are really going to be hurting in their wallet.”

Many farmers have to take out loans yearly to get things moving. But interest rates have increased, making paying back the loans even harder. The higher prices have led some of the farmers to be unable to pay their monthly bills.

Fox News also reported, "Similarly, two-thirds of ranchers and livestock farmers reported selling off animals, with average herd sizes expected to be down 36%, the poll showed. The biggest herd declines are in Texas (down 50%), New Mexico (43%) and Oregon (41%), showing the wide geographic distribution of the distress.”

The battle to stay ahead of the increasing financial burdens placed on America by President Joe Biden is real. Many farmers struggle to stay in business because they cannot afford the increased cost of growing food.