Putin's Critics Are “Accidentally” Dying, Is He Trying To Top The Clintons? 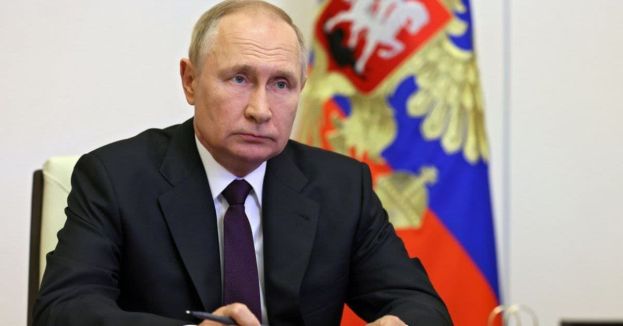 For a Russian national to criticize Russian President Vladimir Putin is to take his life into his hands.

The number of Putin critics who have died under mysterious circumstances has become eye-popping.

The UK Daily Mail reports the latest example of Putin critics paying with their lives for affronting the man in the Kremlin. Pavel Antov was a sausage multimillionaire, a member of the Putin-supporting United Russia Party, and a critic of Putin’s war against Ukraine.

Along with a friend named Vladimir Budanov and two other unnamed people, Antov was visiting India when he fell, jumped, or was pushed out the third-floor window of a hotel in Rayagada, Odisha state. He was found in his hotel room surrounded by empty bottles of vodka. Just a few days before, Budanov died of what local police described as a “heart attack.”

Antov had, at one time, been a strident critic of Putin’s “special military operation” in Ukraine. He specifically described the results of a Russian missile strike. “A girl has been pulled out from under the rubble, the girl’s father appears to have died. The mother is trying to be pulled out with a crane - she is trapped under a slab. To tell the truth, it is extremely difficult to call this anything other than terror.”

Under intense pressure and perhaps mindful of what has happened to other Putin critics, Antov quickly recanted his earlier remarks. He claimed that his remarks, posted on social media, had been “an unfortunate misunderstanding” and a “technical error.” He further asserted that he always had supported Putin and the war against Ukraine.

Ukraine Today noted that several other Russian oligarchs have died under mysterious circumstances, sometimes along with family members. They have been hanged, shot, and even, in one instance, killed in a helicopter crash. Their common characteristics were that they were rich, powerful, and a threat to Putin.

Indian police have theorized that Antov may have jumped out of grief for the death of his friend Budanov. However, most observers think that his actual cause of death was that he annoyed the old KGB spy Vladimir Putin, who has been using methods from the Cold War to deal with his enemies.