Another Thief In Office: "Progressive" Treasurer Of PA City Accused Of MAJOR Crime 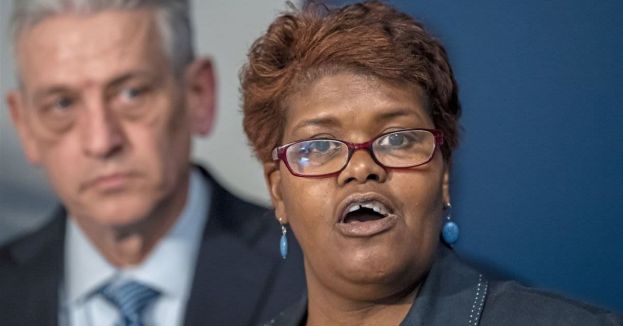 Something just ain’t right in Uniontown, PA as their city treasurer allegedly stole close to $107,000 while in public office between 2020-2021.

Taxpayers had complained about being accused of delinquency in the taxes they had already paid. This prompted the City Council to begin an investigation into City Treasurer Antoinette Hodge. The missing money came from several sources, including school and city tax revenues.

According to Just the News, Attorney General Josh Shapiro said in a press release, “The defendant is a public official entrusted to oversee city funds with integrity and accountability. Instead, she is accused of stealing from taxpayers to enrich herself. My office will investigate and prosecute anyone who abuses their position of power for their own financial gain.”

The press release continued, “Staff at the City’s Treasurer’s Office testified that various changes were made under Hodge’s leadership, including Hodge taking over filling out deposit slips, taking over as the sole person reviewing the tax account information, and eliminating other checks and balances within the Treasurer’s Office.”

The investigation revealed that the money in question was used for gambling and trips to Disney World, Jamaica, and Costa Rica. Hodge had planned a trip to Paris using her ill-gotten gains but, thanks to the investigation, never made the trip.

A local convenience store manager confirmed that Hodge had a gambling habit. She spent $500-$1,000 daily on a gambling machine and about half that on lottery tickets.

Before Hodge took the reins in the Treasurer’s office, each day, office workers would fill out daily deposit slips for the next day’s morning deposit. Hodge took over that task, and the daily deposits ceased, with deposits being made up to weeks later.

Now that the attorney general’s office has caught up with Hodge, Uniontown city taxpayers can rest assured justice will be served.