Come Clean Dude! Celeb Accuses Dwayne "The Rock" Johnson Of Steroid Use And Wants Him To Admit It 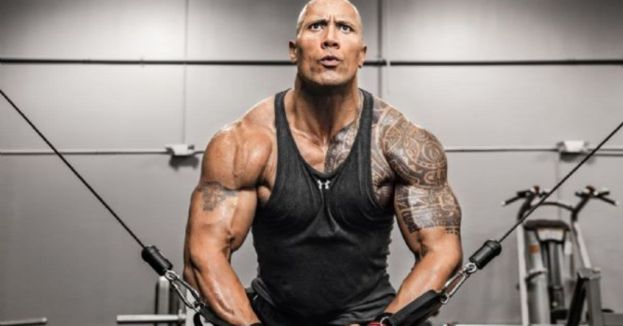 Podcaster Joe Rogan has accused Dwayne "The Rock" Johnson of steroid use, and he wants him to come clean about it, reports the Daily Caller.

His reason for bringing that accusation against The Rock is because he says that he is too physically fit, given his age, not to use steroids to achieve those results.

Rogan said the following on his podcast, The Joe Rogan Experience:

He said that The Rock must come clean now about it.

Looking over photos of The Rock, Rogan assumes that he is too big even to be using something like Hormonal Replacement Therapy (HRT). Even that would not account for The Rock's size, speculated Rogan.

"When you're in your twenties and obviously mindful of your image and you know, you're still working out like a maniac, you're like a top tier."

"Like he's a genetic marvel, as is anyways when he was natural [sic]. So to have all of a sudden 30 years later, like, you're in better form than you were in your twenties. Like it's just fucking obvious."

Rogan and Derek admitted that The Rock has never directly said that he is clean of steroids, but he has sometimes heavily implied it. This is something that they don't think he should continue doing. After all, they feel that it is only fair that he addresses his fans about his steroid use if that is what he is doing.

Neither Rogan nor Derek is a medical professional of any kind, and they don't appear to know The Rock on a personal level. They are merely speculating about him based on photos and information available to the public. Many people tune in to hear opinions like these from Rogan and his guests about any number of individuals that they might want to talk about. This is part of the entertainment value of the Joe Rogan show in the first place.