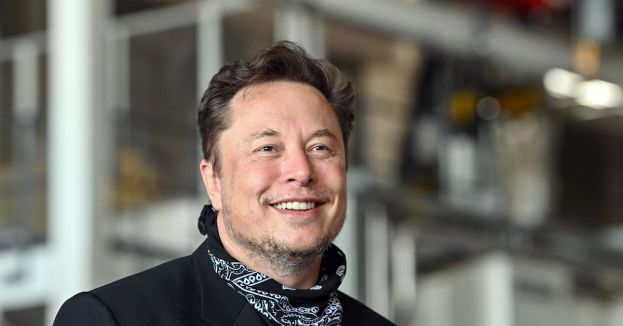 Elon Musk is known as the wealthiest man in the world.

The billionaire has held the title for around a year, but he briefly lost his title this past week.

The Washington Examiner points out, “The new richest man in the world for less than an hour on Wednesday was Bernard Arnault, the chief executive of luxury brand Louis Vuitton’s parent company LVMH. According to Forbes, “Arnault’s family took the title with a personal wealth of $184.7 billion.”

Arnault first became the CEO of LVMH in 1989, and he continues that job today. However, Musk temporarily losing his title didn’t have anything to do with Arnault suddenly accelerating his wealth. Instead, it was due to Musk losing a little bit of his.

The Washington Examiner says, “Musk’s brief dethroning as the world’s richest man comes after he purchased Twitter earlier this year, which came with a hefty price tag of $44 billion. Since he acquired the platform, many changes and revelations have occurred, including advertisers leaving Twitter and Musk unveiling new details on Twitter’s suppression of the story on Hunter Biden’s laptop.”

However, his fall from the top spot didn’t even last a day. According to Forbes, which updates the list according to stock prices as the day goes on, Musk was only out of the top spot for about an hour. He was back to being the wealthiest man before the world noticed he wasn’t.

Elon Musk is still at the top of the short list of billionaires we all recognize on the Forbes list. According to The Washington Examiner, “Other billionaires listed on Forbes’s richest people include Adani Group Chairman Gautam Adani at $134.8 billion, Amazon founder Jeff Bezos at $111.3 billion, and Berkshire Hathaway CEO Warren Buffett at $106.4 billion.” They aren’t quite beating Elon Musk’s current net worth of $185.3 billion.