Gruesome Newsome At It Again, This Time He's Ready To Cause A Fuel Shortage 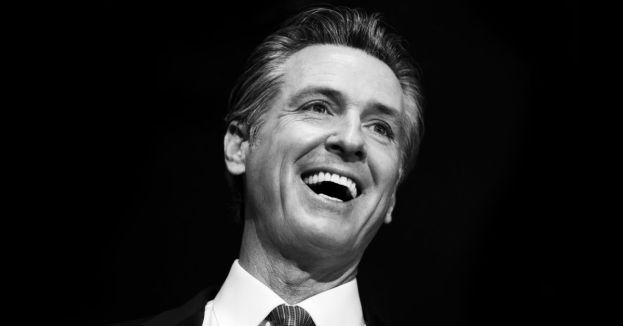 Newsom continues to take all of the credit for falling gas prices in his state, but that hasn’t stopped him from slamming oil companies as much as he can.

Even though his family has ties to oil companies, he’s quick to blame everything he can on them. Now, he will do whatever it takes, even if it leads to another fuel shortage.

Breitbart reports, “The plan, which Newsom termed a “price gouging penalty,” would see the state establish a maximum profit margin on oil refiners and issue civil penalties for excess profits. Any revenue generated would be put into a “Price Gouging Penalty Fund” and sent back to Californians.”

The news source goes on to say, “But Newsom’s proposal leaves blank the key sticking points, including the specific profit ceiling and penalty rates. Those questions will be central to a heated debate in Sacramento this winter that will test the newly seated Legislature’s resolve in opposing one of the state’s top lobbying interests.”

Newsom can blame oil companies all he’d like to. However, the Democrat Party, which Newsom belongs to, refused to stop a gas tax earlier this year. After the hike in taxes, they continued to blame oil companies. Then, Newsom sent a rebate check to California’s residents, but everyone knew it was another midterm stunt.

Now, this new legislation is set to cause more problems. When oil companies can’t make a profit, they don’t receive an incentive to keep oil coming. Republicans have another excellent point. Per abc7.com, “Republican leaders have already come out against Newsom’s stated intent, before the specifics of his plan were released Monday. They argue that penalizing oil companies would only raise prices at the pump.”

During a public hearing, the California Energy Commission discussed the cause of high gas prices. Many people pointed to the policies in the Democrat state, which leaves us wondering why Newsom is doing this.

Some think that this is part of his ploy to run for President. According to Breitbart, “Newsom is thought to be planning a future run for President and has recently made several statements that have little effect in policy terms, but that boost his national profile as a “progressive” leader.”