Lies Lies And More Lies: ICE Is HEAVILY Undercounting How Many Illegals Are Let Go 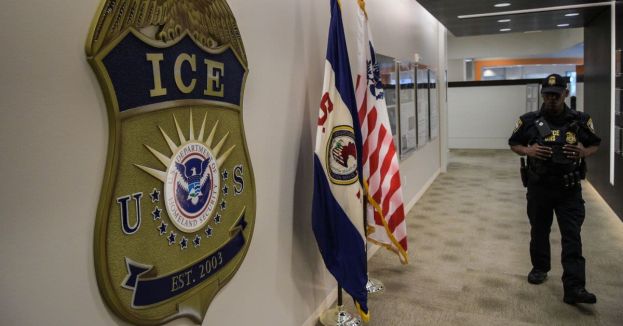 ICE has determined that there are some better alternatives to detentions.

One such option is letting illegal immigrants use a GPS tracking system on their phones, such as an ankle monitor or GPS tracker. However, they continue to lie to Americans about the number of illegal immigrants they let go. It’s not a tiny lie, either.

The Daily Caller says, “ICE disclosed privately to participants of a closed-door event about the agency’s “Alternatives to Detention” Thursday, attended by ICE Director Tae Johnson along with several agency officials and non-profits, that 8,118 illegal immigrants are monitored with GPS tracking through the program as of November 14. According to The Daily Caller, this number is misrepresented by about 600%. Publicly, however, ICE says on its website that GPS monitors 56,805 illegal immigrants as of November 19.”

One person is speaking out against dishonesty. He says the lies were intentional by the Biden Administration to appease certain groups against the detention of illegal immigrants.

Per The Daily Caller, “Former ICE Chief of Staff Jon Feere, who now serves as director of investigations at the Center for Immigration Studies (CIS), believes that the Biden administration is seeking to appease groups that have fought ICE detention, such as the American Civil Liberties Union (ACLU), which was listed as an attendee at Thursday’s event.”

However, you can’t help but wonder how many lies this administration tells that slip past us. What else has the President or his staff said to appease the public as they did the ACLUD? What else are they being dishonest about?