Sleep Tight Loser: Michael Avenatti FINALLY Gets What He Deserves 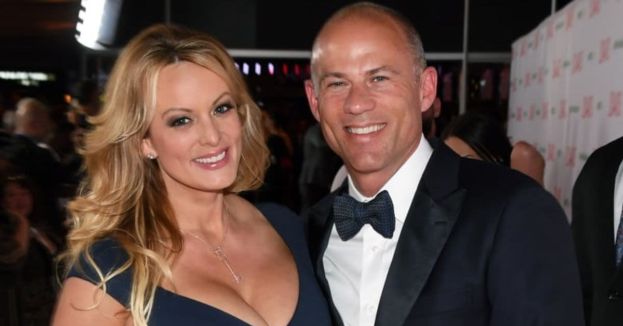 A federal judge in California handed down the sentence for disbarred attorney Michael Avenatti.

That sentence comes at 14 years for wire fraud and a tax offense, according to The Daily Caller.

Avenatti pled guilty to four counts of wire fraud in June for stealing money from clients. He also pled guilty to one count of endeavoring to obstruct the Internal Revenue Code's administration for obstructing and impeding IRS efforts to collect payroll taxes.

The U.S. Attorney's Office for the Central District of California stated the following:

Avenatti received a four-year prison sentence in June for wire fraud and identity theft. In that case, he stole $300,000 from his client Stormy Daniels which was hers due to a book that she published. In June 2021, he was sentenced to 30 months in prison for trying to extort Nike.

Prosecutors, in this case, said there were more pending charges against Avenatti that they would not pursue against him if he agreed to plead guilty to the charges he did this week. Thus, the legal saga for Avenatti might finally be over with this latest 14-year sentence.

Avenatti toyed with the idea of running for President in 2018 after receiving significant media coverage for his representation of his client Stormy Daniels. Daniels made accusations against then-President Trump, and Avenatti soaked up the media coverage in any way he could get.

It allowed him to springboard to the fantasy that he could run for President and gain traction. However, that idea only partially materialized, and Avenatti ended up in a world of legal trouble before anything like that took shape.

In March 2019, Avenatti was indicted in both New York and California. Since then, he has been going through the legal battles involved. Thus, any considerations about running for public office or doing much of anything else with his life have been completely sidetracked. Now, Avenatti will be locked away for the next 14 years and will likely become nothing more than a footnote in history. Some feel that this is exactly as it should be.