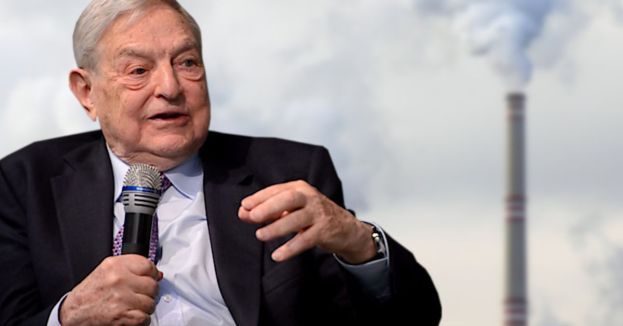 George Soros, a Hungarian-born billionaire whom some consider a real-life Bond villain, has undoubtedly been creative in making ordinary people’s lives miserable through several front groups.

According to Fox News, one of those front groups is aiming for the local service station and the gasoline most people put in their vehicles.

“Governing for Impact (GFI), a secretive George Soros-funded group that has advised the Biden administration, issued a memo to policymakers on how to curb gasoline usage.

“The GFI memo argues that the Clean Air Act provides the Environmental Protection Agency (EPA) with the authority to control, or even prohibit, the commercial sale of any motor vehicle fuel. The memo, which was assembled with climate group Evergreen Collaborative, also argued the agency could force gas stations to build electric vehicle charging stations on their property.”

The idea that the federal government could prohibit the sale of gasoline or diesel fuel by fiat is mad. The GFI memo recognizes this fact in a roundabout fashion. “The groups conclude that the EPA could pursue a complete ban on gasoline under the Clean Air Act, but that they advised against it since the Supreme Court would likely strike it down “despite the clear text of the statute.’” The story does not quote the text the memo refers to if it exists.

What kind of group is GFI? “GFI, founded in 2019, remained in the shadows until an April Fox News Digital report regarding its behind-the-scenes work with the Biden administration after being alerted by the Capital Research Center’s Parker Thayer. In internal memos, GFI boasted of implementing more than 20 of its regulatory agenda items as they work to reverse Trump-era deregulations.”

In effect, Soros’ front group advises the Biden Administration to enact draconian regulations that would enrich the Hungarian billionaire.