Not Surprising One Bit: Progressive City To PAY Rioters Who "Sustained Injuries" From Police 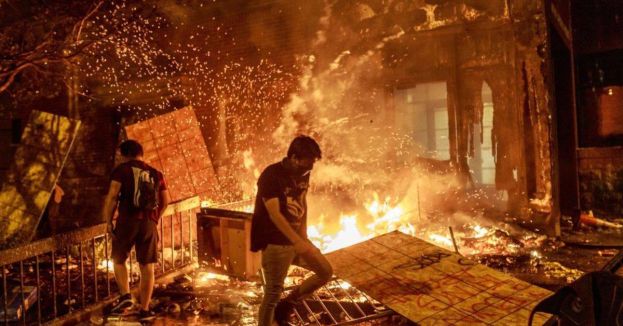 The city of Minneapolis will pay out $50,000 each to twelve individuals injured by police during the Black Lives Matter (BLM) riots of 2020.

These incidents broke out nationwide at the time and caused billions of dollars in damages and between six to twenty homicides, according to the Blaze.

The American Civil Liberties Union of Minnesota and the city of Minneapolis agreed in October about these payouts, and they will be paying out this hefty sum to twelve people injured by police at that time.

On top of the $600,000 the city is paying out, they also agreed to many so-called reforms. Those reforms appear more likely to cause hiccups for the police than to provide true protection to the people of Minneapolis (or anywhere else, for that matter).

The ACLU has argued that the use of non-lethal tactics by police: "has chilled their desire to protest in the future."

Some people who have filed complaints about police tactics claim that they have ongoing respiratory issues because of the use of tear gas by police.

The Star Tribune reports that the protestors include former NAACP Minneapolis chapter president Nekima Levy Armstrong, her husband Marques Armstrong, and Hennepin Healthcare's Dr. Max Fraden. They used the ACLU to file their lawsuit against the city of Minneapolis, police Chief Medaria Arradondo, police union head Bob Kroll, and others.

Their lawsuit insists that police targeted certain people within the melee who were supposedly peacefully protesting. They also say that officers used unnecessary and excessive force. However, the Blaze previously reported that the individuals listed above were allegedly part of a mob that shut down I-35 on May 31, 2020, as part of their protest.

Protestors even attempted to pull a truck driver from his truck and stomp on him, according to videos taken of the incident.

Miles Kimper, someone who jumped to the truck driver's defense, told KARE11 the following:

"It felt very much like an angry scrum with a team of really angry people punching and kicking and screaming bloody murder."

Police used riot control measures both to try to save the life of that truck driver and others threatened by the mob. The fact that those causing the problems are now receiving payouts doesn't seem right to many people.