Just When You Thought It Was Over, Amber Heard Makes Her Next Move... 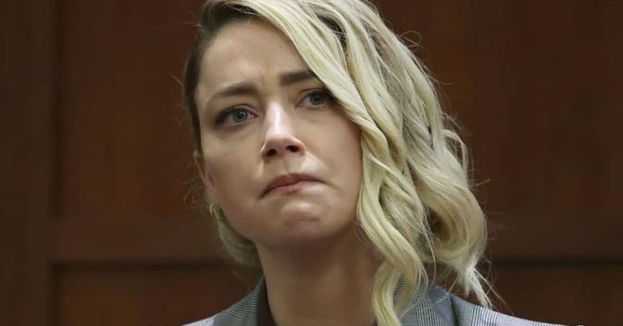 The Johnny Depp Amber Heard defamation trial was one of the more celebrated and watched celebrity events of 2022.

Depp won his case that Heard had defamed him by claiming he had subjected her to domestic abuse. The court awarded the Pirates of the Caribbean actor $10.5 million because it found that a Washington Post op-ed in which Heard claimed domestic abuse was defamatory.

The New York Post reports that Heard has filed an appeal to the case, seeking a new trial.

“The 36-year-old “Aquaman” actress filed her appeal earlier this month, arguing the exclusion of therapy notes in which she reported being abused resulted in an unfair trial. The evidence had been ruled out as hearsay by Fairfax County, Virginia, Judge Penney Azcarate.

“’If not reversed, the trial court’s exclusion of contemporaneous reports of domestic abuse to medical professionals will make it more difficult for other abuse victims to prove allegations of abuse, and likely deter them from coming forward,’ they wrote.”

The lawyers also claimed that the trial should have occurred in California, where the couple had lived, and not in Virginia, where the Washington Post has computer servers. They also claimed that the trial should never have taken place, to begin with, since a UK court had already concluded that Depp had abused Heard on several occasions in a trial when Depp sued the UK Sun for calling him a “wife beater.”

Depp has also filed an appeal, claiming that the one count of defamation Heard won was decided “erroneously.” According to the UK Daily Mail, “His attorneys wrote in their filing, ‘The jury’s emphatic favorable verdict on all three defamatory statements alleged in his complaint fully vindicated Mr. Depp and restored his reputation.’”

The Daily Mail notes, “A group of judges will rule on both appeal requests. Depending on which legal team is left disappointed by that ruling, Depp or Heard can then take the matter to the state’s Supreme Court.”

Depp sued Heard in 2019 because she published the Washington Post piece the previous year. Heard is heard admitting on tape that she hit Depp on several occasions.