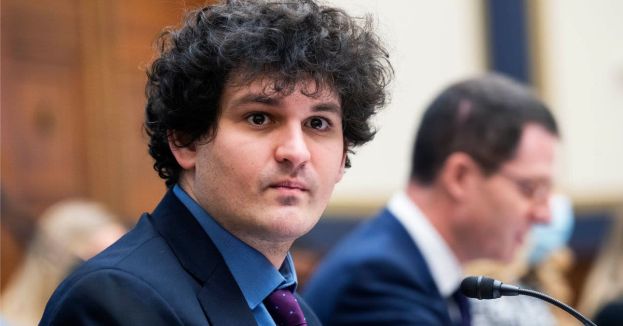 Customers lost millions of dollars due to his fraud. However, he’s now being praised because he’s good with the establishment. It’s insanity.

The Blaze reports, “Bankman-Fried, who has recently said he was masquerading as a woke westerner, has benefited from an avalanche of favorable press as of late, including an op-ed in the Wall Street Journal and a public webcam event with the New York Times.”

Congresswomen Maxine Waters took to Twitter to heap the scammer with praise. Per The Blaze, “[Sam Bankman-Fried], we appreciate that you’ve been candid in your discussions about what happened at #FTX,” Waters stated on Twitter.

“Your willingness to talk to the public will help the company’s customers, investors, and others. To that end, we would welcome your participation in our hearing on the 13th.” Then, the U.S. House Committee on Financial Services re-tweeted it to show their support!

Bankman-Fried still swears by the company and appears genuinely confused by what’s happening. Per The Blaze, “When I filed, I was fairly sure FTX U.S. was solvent, and all U.S. customers could be made whole. To my knowledge, it still is today. I was expecting that to happen. I’m surprised it hasn’t. I’m not sure why U.S. withdrawals were turned off,” the mogul pontificated online.”

He’s doing his damage control while working from the Bahamas. Most Americans have seen by now that the government still loves him, and there will be zero punishment or consequences for Bankman-Fried. Meanwhile, Americans are out millions of dollars. The government doesn’t care about that, though. Democrats are well-known for always protecting their own, regardless of what costs the rest of the country.