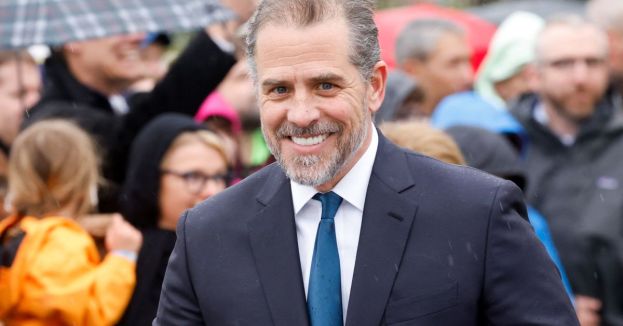 Most people know about the Hunter Biden laptop, which was abandoned at a computer repair store.

But few people know about another object owned by Hunter Biden, in this case, a gun, found in a dumpster. The Daily Wire reports on some new revelations on the firearm based on documents uncovered by the Secret Service.

“The Secret Service found more than 100 records that may be responsive to a lawsuit seeking details about an investigation into a gun-related incident involving Hunter Biden, according to a recent court filing.

“The disclosure marks a turn in the long-running Freedom of Information Act (FOIA) case brought by Judicial Watch after the Secret Service previously walked back a statement that said it had found potentially responsive documents about communications regarding the discovery of a firearm owned by Biden that was found in a Delaware dumpster several years ago.”

The story of the gun started when Hallie Biden, the widow of Hunter’s older brother Beau, took the weapon and threw it away in a garbage can, according to the Blaze. When Hunter found out what she had done, he requested that she find the firearm and return it. The gun was already gone from the dumpster. However, a man who regularly rummages through the trash for recyclables found the weapon and returned it.

The fact that Hallie had stolen the gun had Hunter worried. “In text messages between the pair reported by the Washington Examiner, Hallie said she was worried Hunter would ‘use’ the firearm. Hunter complained how he did not believe he would ‘ever recover from all of this,’ noting that Hallie’s actions made it appear he had ‘threatened you and your family with a gun.’”

Despite the Secret Service investigation and the apparent crime Hunter Biden may have committed in acquiring the gun, law enforcement has not charged Hunter, nor have they placed him under arrest.

Judicial Watch expressed some understandable suspicions. “The Secret Service’s changing story on records raises additional questions about its role in the Hunter Biden gun incident. One thing is clear, Judicial Watch’s persistence means the public may get records that the Secret Service suggested didn’t exist.”