Cover-Up: Scientist Who Worked At Wuhan Lab Spills The Truth About The Leak 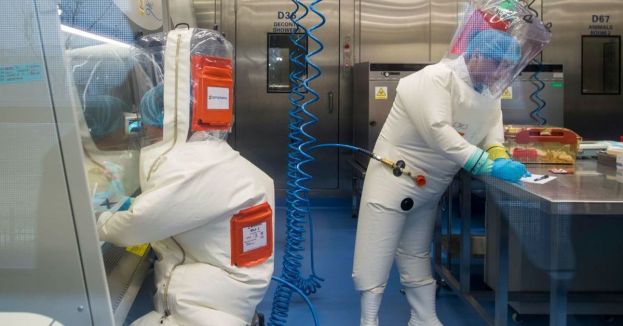 The New York Post reports scientist Andrew Huff, who worked at the Wuhan research lab, has claimed the Coronavirus was man-made.

While Huff worked at the laboratory, which has drawn fierce commentary and debates about the organs of the virus, he said the Wuhan Institute of Virology lab was responsible for leaking COVID two years ago. He also blamed authorities for the “biggest U.S. intelligence failure since 911, according to a report from Britain from The Sun.

Huff is an epidemiologist who worked at the lab for two years and is sharing his opinions and observations about the laboratory by writing a book, “The Truth About Wuhan.” In it, he says that the United States government funded the coronaviruses created in the Chinese laboratory.

He also noted that the gain-of-function experiments were carried out at the Wuhan laboratory amid lax security resulting in the leak. Huff noted in his book that “Foreign laboratories did not have the adequate control measures in place for ensuring proper bio-safety, bio-security, and risk management, ultimately resulting in the lab leak at the Wuhan Institute of Virology.”

According to the New York Post report, there is a belief among experts that the virus escaped from the lab via an infected scientist or waste from within the laboratory was improperly disposed of.

As a former Vice President of the New York-based EcoHealth Alliance, the staff studied different coronaviruses in bats for over ten years with funding provided by the National Institutes of Health and worked closely with the team at the Wuhan lab.

Huff said the Wuhan lab had created the “best existing methods to engineer bat coronaviruses to attack other species” for many years. In his book, Huff wrote, “China knew from day one that this was a genetically engineered agent.” “The U.S. government is to blame for the transfer of dangerous biotechnology to the Chinese.”

A recent grant of $653,392 was awarded to EcoHealth Alliance to analyze ‘the potential for future bat Coronavirus emergence in Myanmar, Laos, and Vietnam,’ according to the Wall Street Journal.

The Daily Mail reported concerns about the relationship between EcoHealth Alliance and the Wuhan Institute.

Senator Marsha Blackburn of Tennessee told the Daily Mail, “EcoHealth Alliance has still not answered key questions about its role in the pandemic.”