How Generous And Brave: Black Trans Activist Fired For STEALING From Their OWN Non-Profit 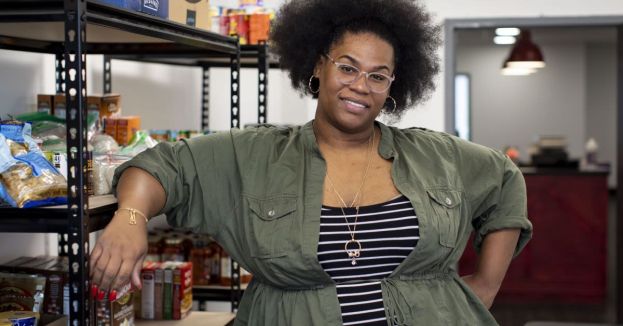 The press is slamming a black trans activist over her recent termination.

She founded an organization, turned the non-profit into a million-dollar organization, and then allegedly made off with the money.

The Chicago Tribune reports, “LaSaia Wade — a leading voice for transgender people of color in Chicago — has been fired by Brave Space Alliance, the South Side LGBTQ center she founded in 2017 and built into a multimillion-dollar advocacy and social service organization.”

The same article says, “In a written statement, the board of directors of Brave Space Alliance said an independent forensic accountant had found evidence that Wade permitted the organization’s funds ‘to be diverted to unknown bank accounts.’”

Over the previous couple of years, the organization has made millions of dollars. Per the Chicago Tribune, “Brave Space Alliance had $3.3 million in total revenue in 2021, according to the organization’s annual report.” The enormous growth was mainly in part due to a massive amount of support from the Obama Administration, according to The Blaze.

The Blaze says, “The group got a boost from the Obama Foundation in 2021. The former President’s organization posted a quote from Wade on its official social media account and praised the activist for working for the LGBTQ agenda.”

However, Wade admits that she had difficulty managing all the money that flooded the organization. The Chicago Tribune says, “She added that the organization grew rapidly. At one point early in the pandemic, she said, Brave Space Alliance went from a $300,000 budget to a multimillion-dollar budget in six months.”

She went on to point out that she needed more knowledge of technical aspects, and she was the only one running things. Now, the questionable spending is being investigated.

A report filed with the state’s attorney general is currently being reviewed. LaSaia Wade has yet to comment on the allegations.