"Like A Wealthy Banana Republic:" Tulsi Gabbard SCORCHES Media For Protection Of An Infamous Scam Artist 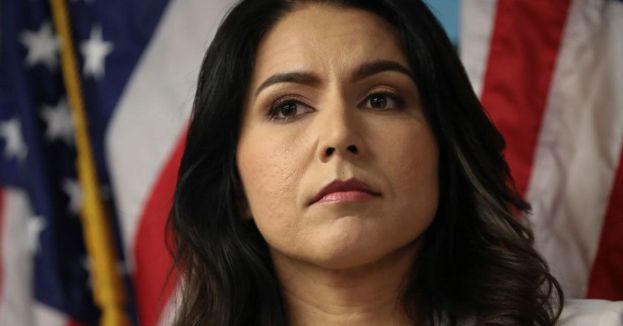 The scam artist behind the FTX scam continues to make headlines.

Not only did the scam that Sam Bankman-Fried pull off hurt people, but it also hurt their bank accounts. Even worse is how he’s being protected by the media and, allegedly, the government. Tulsi Gabbard doesn’t hold back when she talks about the situation.

She spoke about the situation on Jesse Waters Primetime. According to Fox, Tulsi Gabbard said, “This is a glaring example of everything wrong with our government and the power elite in Washington. If you are a crook, have the right friends, and are on the right team, you’ll be taken care of. If you’re not, if you’re against that team, then even if you’re not a crook, they’ll try to find a crime to pin on you.”

Per Fox, Gabbard states, “They’re going out of their way to treat him kindly and with kid gloves and not call him out for exactly what he is. But on the other hand, you have Elon Musk. They are doing all they can to vilify Elon Musk, paint him as enemy number one, and say that his purchase of Twitter is a potential national security threat. ” Why?

“Because he stands for free speech, and he’s saying to the Biden administration and permanent Washington, ‘Twitter’s not going to be your propaganda arm anymore.’ This points to everything that’s wrong with Washington. The American people deserve better than this, what is essentially a wealthy banana republic that takes care of their own and goes after their political opponents at this point.”

She’s right. We continue to watch organizations threaten Elon Musk. Leftist businesses bail and fight for censorship. Companies that are a part of the Clinton mafia try to pay companies to leave Twitter or fight for censorship. However, they silence everything when it’s one of their own, a person on their side. It’s sickening.