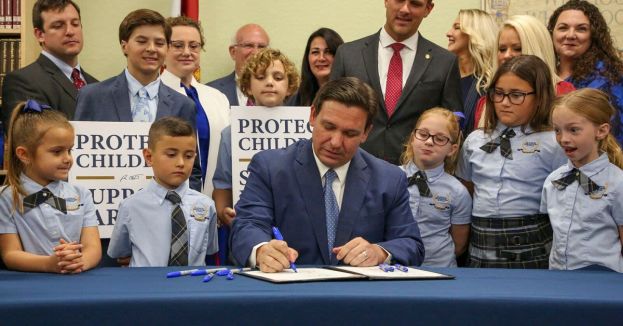 The midterms brought about real change for many, including school boards.

Parent-led school boards are becoming known for cleaning house less than a month after being elected. Florida, in particular, saw a turnover of power as DeSantis personally backed new school boards.

Fox News reports, “The boards are firing teachers and administrators who “spit in parents’ faces’ before Election Day,” one Republican state lawmaker told Politico. So far, three state superintendents have been ousted from their roles since the school board shakeup earlier this month, according to local reports.”

Fox continues, “Superintendents Brennan Asplen of Sarasota, Mark Mullins of Brevard County, and Vickie Cartwright of Broward County were all fired by school boards with conservative majorities, many of which were led by DeSantis-backed members.”

Teachers supported some changes, stating that superintendents failed to address serious issues. One such issue is violence against teachers.

Not only that, but the DeSantis-backed schoolboards hold a more conservative approach. Not only are they addressing previous issues that staff felt weren’t dealt with, but they’re leading the way for parents. These school boards are against teaching Critical Race Theory or implementing strict COVID-19 procedures, such as lockdowns and school closures.

As a woke ideology and transgender theory continue to plague our schools and our government, it’s fresh air to see politicians and parents working together to save our children.