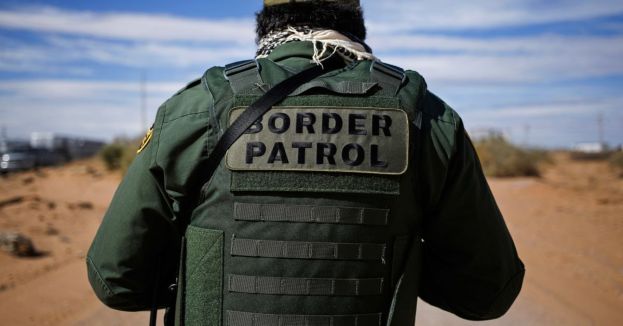 Border Patrol agents appear to be under more pressure than ever before, as three Border Patrol officers have died by suicide in just the last three weeks.

US Rep. Tony Gonzales (R-Texas) represented a district directly along the border between the United States and Mexico and said that the issue is one that he takes seriously.

There isn't a solitary issue that can be pointed to as to why these officers are dying by suicide. However, Gonzales feels that the constant flow of more illegal migrants across the border is causing too much stress for many of these officers.

Gonzales has stated that work has gotten complicated for these officers, and the New York Post reports that he said:

"I've seen it in their faces. I've heard it in their voices for months now. It's almost, 'How much can a person take?' And often, they've taken a lot before they break."

Border Patrol Agent Robert M. Boatwright, an officer stationed at Las Cruces, New Mexico, was identified as the latest agent to take his life on Monday.

Chief Raul Ortiz, the head of Border Patrol, tweeted that early indications are that Boatwright's death was yet another suicide. The agent was an Army veteran with ten years of Border Patrol service. He was also a canine handler since 2016. He leaves behind a wife and two children.

The National Border Patrol Council is the union that represents approximately 18,000 Border Agents. They reported to the New York Post that the number of suicides among Border Patrol agents for this year stands at 14. That is a record-high for the last decade or more. In most years, the number hovers between 5 and 12 suicides yearly.

The CBP has hired Dr. Kent Corso to help them understand some of the underlying reasons why their officers may be more prone to die by suicide. Dr. Corso is an expert on the topic and offers the agency his professional opinions about what can be done to save more officer lives. The doctor travels around various border towns in Texas to meet with agents and discuss what can be done.