Making A Statement: This Celebrity THROWS OUT Balenciaga Merch After Scathing Controversy 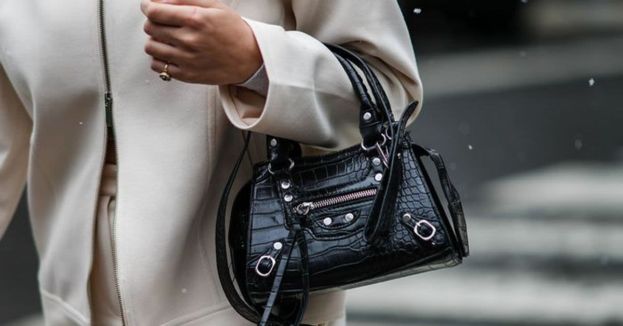 Brittany Aldean wanted to show her fans what she thinks of Balenciaga merchandise, which is why she posted a photo of herself throwing out the pieces of clothing she has from the now-controversial brand.

Fox News reports that the company has now ditched a marketing campaign intended to run for the holidays. In that campaign, they had images of children holding stuffed animals wearing leather harnesses. Part of the set that these photos were taken on allegedly references a Supreme Court decision related to child pornography.

Many who saw the ads said they appeared to be stuffed animals wearing BDSM-themed outfits. Aldean captioned a photo of herself throwing out all Balenciaga merchandise with the words, "It's trash day."

The company wrote a lengthy apology to its customers and erased all images from the campaign from its social media feeds. Fox News reports that the brand's social media site said the following:

"We sincerely apologize for any offense our holiday campaign may have caused. Our plush bear bags should not have been featured with children in this campaign. We have immediately removed the campaign from all platforms,"

They also said that they wanted to apologize for having unnecessary and disturbing documents included in the campaign as well:

"take this matter very serious and are taking legal action against the parties responsible for creating the set and including unapproved items for our spring 23 campaign photoshoot."

She spoke with Tucker Carlson on Fox News about how she feels about having children in ads at all, saying:

"They are not mature enough; they should have parents who love them and advocate for them regardless. We have ages on everything. We have it for cigarettes, driving, military, voting … yet for some reason people think that we can let a child choose their gender so young? It's very baffling to me."