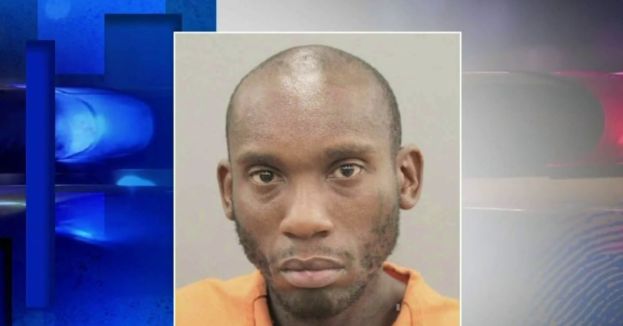 In Texas, a violent offender was out on bond.

He was a repeat offender, but that didn’t seem to matter when he was released on bond. As he awaits trial, he stabs a man to death. Someone needs to be held responsible for this. His being out on bail is ridiculous.

Breitbart says, “The victim, Greg Downs, was outside a Houston motel around 2:20 PM on November 3 when he supposedly spotted a man, later identified as 35-year-old George Albert Hodge, robbing some of the motel occupants.”

Witnesses report that he went door to door trying to rob those staying at the motel. The same news source reports, “Downs then scribbled down the license plate of the car Hodge was driving, and the two had a heated confrontation. A police report indicates that the men ‘got into an argument, which led to a physical altercation’ that eventually resulted in Hodge stabbing ‘Downs multiple times with a knife.’”

Downs was rushed to a hospital, where he struggled to live for weeks. Then, he passed away due to his injuries from the incident.

Meanwhile, police began to track down Hodge. During his arrest, they discover that he drives a stolen car and is out on bond. Later, a judge released him on a personal recognizance bond that was only $150,000.

A personal recognizance bond, also known as a PR bond, means that the defendant does not have to put up a deposit or bail. Instead, the judge trusts that they will return to court. Getting one isn’t easy. It must be determined that you’re not a flight risk or a danger to the community.

However, Hodge was a danger to the community. He had a long history of serving time in jail and committing crimes. According to Breitbart,”’ Basically, from 2006 until now, he’s been in and out of county jails and prisons. He’s got eight prior felony convictions,’ said Andy Kahan with Houston Crime Stoppers.”

Hodge was a risk to his community. This judge needs to be held responsible for allowing him out on bail and a PR bond.