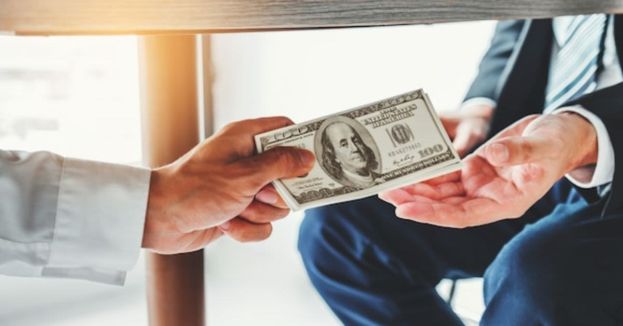 The Daily Wire reports that the federal government paid a group of journalists known as "Hacks/Hackers" to create software that would encourage everyday Americans to challenge posts by their friends.

The purpose was to get people to go after their friends over "misinformation" or "incorrect data" on their posts. Worst of all, it appears that the federal government forked over $5 million to this group to get this done.

The Hacks/Hackers group also works to boot anyone who edits Wikipedia with the information they deem to be “misinformation" from posting on the online encyclopedia. However, the Daily Wire reports that job ads for joining the group do not mention applicants needing any medical background.

Liberal news outlets such as The New York Times, Washington Post, Guardian, and The Atlantic, have all been marked as “reliable" by the group. However, conservative outlets like The Daily Wire, Daily Mail, Epoch Times, and The Federalist are all marked as “unreliable" or even “conspiratorial.”

The National Science Foundation (NSF) is the organization within the government that provides this group with its funding. Many taxpayers are asking questions about how such decisions were made and why they were made in the ways they were.

Users of the tools created by Hacks/Hackers are encouraged to copy and paste posts from their friends or family members that they believe might be harmful. The tool will then give them an answer about the supposed reliability of those posts.

A video created by the group that introduces the tool says the following:

“Every day there are motivated citizens, like librarians, health communicators, and amateur volunteers, who engage with the misinformation that is posted by their peers and make efforts to share reliable information to empower their communities,”

The Daily Wire reports that another video about the project says:

With all of that in mind, it is clear that a small set of people are making important judgment calls about the kind of things deemed accurate or inaccurate about COVID-19. Those people are not required to have medical training of any kind, and they are receiving funding from the federal government. How is that fair?