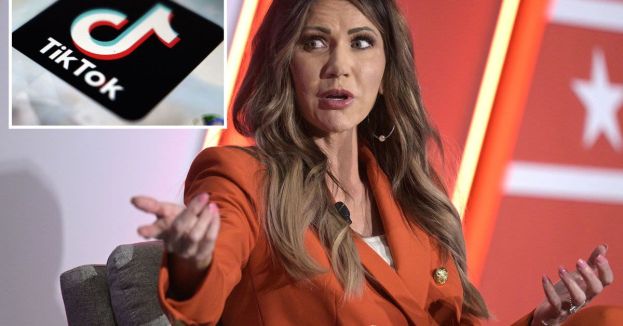 Republican Governor Kristi Noem made news when she banned TikTok by government employees in South Dakota.

This becomes the first state to make such a move.

Noem decided to move to TikTok because a Chinese company wholly owns the social media platform, and the suggestion is that the Chinese government has full access and control over the information received on the app. It is a fact that they can tap into that information at will, and the amount of valuable data that can be found on any given user is enormous. Noem is concerned that allowing South Dakota government employees to use TikTok on official accounts could expose important government information.

The Blaze reports that Kristi Noem tweeted the following:

"South Dakota is banning TikTok for state government. We will have no part in intelligence gathering for China, a nation that hates America," She also said that she hopes other states follow in her footsteps.

Internet experts have expressed concern about the capabilities of the app and the fact that it might be possible for the Communist Party of China (CCP) to peer into the lives of everyday Americans.

"The Chinese Communist Party uses information that it gathers on TIkTok to manipulate the American people, and they gather data off the devices that access the platform,"

People have noted that the app appears to have been tweaked in some respects to keep US users distracted, but it encourages good habits among its users in China. This is a serious concern for many government officials and others as well. They want to know why the United States is being specifically targeted in this way, which seems like a fair question.

South Dakota Republican Rep. Dusty Johnson supports Noem's efforts and says a push to do the same at the federal level should also be underway. He tweeted the following:

"This is great news. I've been leading legislation to do this at the federal level, too. China and TikTok pose a real threat to national security,"

Indeed, there is some bipartisan support for the idea of doing away with TikTok, at least for government employees. The true danger this app poses to us is something we simply cannot ignore. This thing is harming some real people, and we need to get our minds wrapped around the fact that there are people potentially in danger with this one.