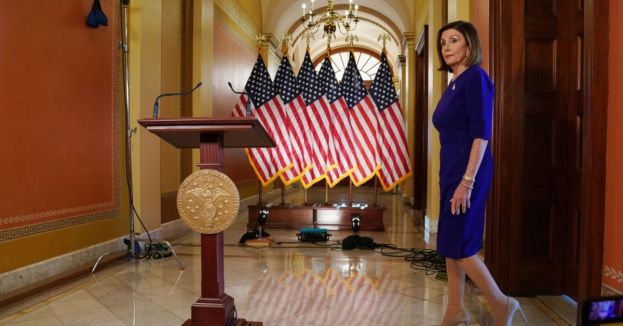 The Democrats have selected their new leader for the House of Representatives, and this individual is just as extremist as you might have imagined from today’s Democrat Party.

The individual that they decided to elect was New York Rep. Hakeem Jeffries.

He will take the role previously held by Nancy Pelosi for many years as leader of the Democrats. Interestingly, Pelosi says that she will remain in the party and as a member of Congress, but she is prepared to step into the background and let Jeffries do his thing. However, she has already filed her paperwork for re-election in 2024.

Some of the things Jeffries has stated over the years have people scratching their heads. He once said that the police should lock up Kyle Rittenhouse and throw away the key. This is because Rittenhouse was found not guilty by a jury of his peers.

According to the Daily Wire, Rep. Dan Crenshaw (R-TX) had to respond. He said:

“If this isn’t proof that the Democrat Party has largely departed from American principles of neutrally applied justice and the right of self-defense, then I don’t know what it is.”

In 2021, Jeffries was one of seven impeachment managers appointed by the Democrats during their impeachment trials of former President Donald Trump.

He has gone after Republicans for trying to uphold election integrity throughout the country by saying dismissive things such as: “The Civil War ended in 1865, and the racists lost. Get over it.”

Jeffries is precisely the kind of left-wing extremist representing a growing part of the Democrat Party in 2022 and beyond. They have shifted far to the left and away from the average American's beliefs. The fact that they now have a leader in the House representing those extremist ideas is not surprising.