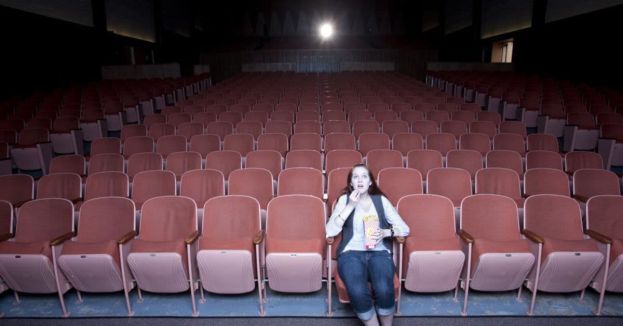 Hollywood isn’t exactly having a happy holiday season, at least not based on their box office results.

They are looking at some of the worst box office results since 1994 (disregarding 2020 as a COVID year), according to reporting by the Daily Wire.

The results were tabulated over the Thanksgiving holiday weekend, which is typically a busy weekend for people going to the movies. However, Hollywood did not see the results it might have hoped to see over this long weekend.

AV Club mentioned the following when it comes to the numbers that Hollywood has put out recently:

“A weekend garnering under $100 million is rare in and of itself; in 2019, only four weekends wore the heavy crown.”

Disney’s most woke movie out for the weekend, “Strange World,” with an openly gay animated character, generated just $11.9 million at the box office. That is dismal, and it might go to show the true backlash from many Americans against the woke direction that the company has taken in recent years. Leadership at Disney should think hard before they continue to push their woke agenda as aggressively as they have been lately.

Variety reported that the Strange World film cost approximately $180 million to produce, and they estimate that the film might lose as much as $100 million for Disney throughout the full run of that movie.

Sources with Variety stated that the movie would need at least $360 million just to break even. That is simply not going to happen under these circumstances.

Multiple other movies had terrible earnings at the box office based on what the expectations were. This is likely due to many factors. Plenty of people are simply streaming more of their movies at home these days, and the kind of money that production companies can spend on large productions likely needs to be paired back, at least to some extent, if they want to continue to earn the money that they need to earn off of these films.

Given all of that, it is clear that Hollywood needs to ensure that they make some changes if they want to see anything close to the type of results that they used to routinely enjoy.