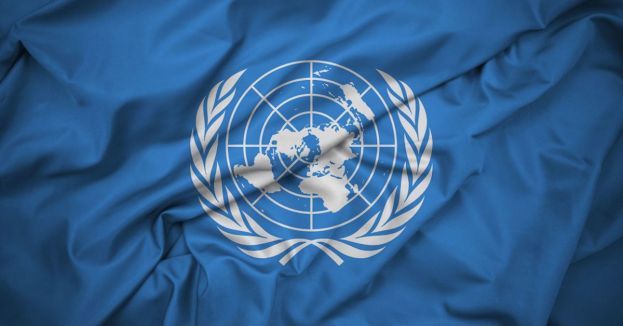 "Hate speech" is a concept that can be in the eyes of the beholder.

To be sure, racist or other bigoted epithets should be avoided. Insults, after all, are not arguments.

On the other hand, "hate speech," for some, often consists of "statements that I disagree with or make me feel uncomfortable." This "hate speech" definition is often used to silence conservatives.

The Blaze reports that the United Nations has offered a tweet about how we should avoid hate speech,

"Words can be weapons. Hate speech online can lead to cruelty & violence in real life. Get tips for how you can say #NoToHate."

Twitchy reports a United Nations page that teaches us not to engage in "hate speech" and how to deal with those who do. The page begins with:

"Refrain from making any hateful comments yourself and/or relaying such content. Whether online or offline, we should all act responsibly to stop the spread of hate and misinformation. Check out the United Nations #PledgetoPause campaign to find out why it's important to take a moment to pause before you share content online. Learn how to do this responsibly – whether you're forwarding a message, retweeting a story or watching a video in your feed."

The page also provides some advice on how to fact-check the hate speaker, how to engage him, and, finally, report him to whoever is running the social media platform. We are all responsible for shutting down "hate speech" to have a less hate-filled society.

Only some people were pleased with the advice coming from the world body. Radio host Dana Loesch retorted, "I wish we'd defund you."

Indeed, many respondents asserted that the UN is the problem. "No they are not. The UN is useless, corrupt, hypocritical and should be disbanded and forcibly removed from United States soil," someone tweeted,

"I can't think of a more dangerous message than this one. There is a concerted effort to make the public fear free speech. This is authoritarianism."

Indeed, it could be said that the snarky responses were made following the advice of the United Nations. The UN suggested, "One way to tackle hate speech is to spread your own counter-speech to make sure hate is not the dominant narrative. You can undermine hateful content with positive messages that spread tolerance, equality and truth in defense of those being targeted by hate."

The logic is inescapable if the UN's message against free speech is hate speech.