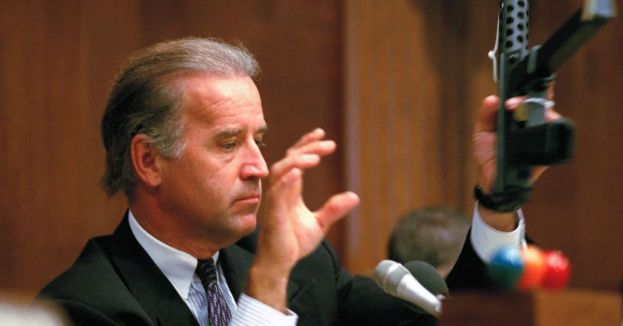 President Joe Biden hopes to push through a law that will essentially ban all assault weapons in America.

He cannot stand the fact that people have the right to defend themselves against evil powers that would seek to suppress freedom.

Fox News reported that Senator Chris Murphy from Connecticut blew Biden’s hopes of such a law out of the water by pointing out there are not enough votes to pass such a law.

He stated, “I’m glad that President Biden is gonna be pushing us to take a vote on an assault weapons ban. The House has already passed it. It’s sitting in front of the Senate. Does it have 60 votes in the Senate right now? Probably not, but let’s see if we can try to get that number as close to 60 as possible.”

He supports such a law but knows deep down that he is still in the minority. The foundation of America is built on freedom and not on the wishful thinking of a select group of people who want to destroy freedom.

He also stated, “If we don’t have the votes, then we’ll talk to [Senate Majority Leader Chuck] Schumer and maybe come back next year, with maybe an additional senator, and see if we can do better.”

The president selectively picks out issues that fit his agenda. He waits for the things that push his socialist approach to leadership and goes for them. Biden cried in a letter, “Gun violence continues to have a devastating and particular impact on LGBTQI+ communities across our nation, and threats of violence are increasing.

We saw it six years ago in Orlando when our nation suffered the deadliest attack affecting the LGBTQI+ community in American history.” He wants to force the majority to accept anti-American standards so a group of people can live a life contrary to the way they were created.