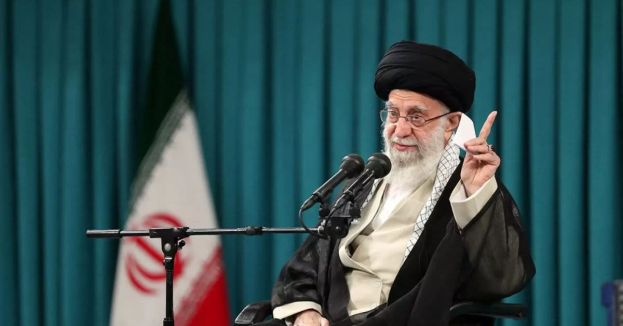 The official account for the US National Men's Soccer Team posted a graphic on its social media accounts that angered the Iranians.

The illustration showed an altered image of the Iranian flag that was meant as a sign of support for protestors in the country.

US Soccer admitted that it put the image up intentionally, and they stated that they did so because of the following on CNN: "support for the women in Iran fighting for basic human rights."

The team also stated that they only intended to keep the image up for 24 hours.

Iran's state-sponsored media Tasnim News Agency was not pleased with the action, and they posted the following tweet on their account, according to the Washington Examiner:

"By posting a distorted image of the flag of the Islamic Republic of Iran on its official account, the US football team breached the [FIFA] charter, for which a 10-game suspension is an appropriate penalty."

They also suggested that the US National team be expelled from the World Cup competition.

Comedian Amer Zahr explained that what the US had done was leave a term out of the middle of the official flag. That term stands for the word "Allah," and it is a significant part of the national flag. Zahr offered that he feels that the United States Soccer team should stay out of politics at a time like this.

Notably, the United States team is slated to play the Iran team on Tuesday at 2 pm EST. The stakes for the match are pretty high for both teams. If the US wins, they will advance to the playoff stage of the tournament. Iran can advance with a win or a draw. Thus, both teams are already on edge as they approach the match regardless.

Now, the US national team official accounts have decided to poke the bear a little and try to get a response out of the Iranians. It is a good strategy in the world from a strategy point of view, but some are wondering if right now is the appropriate time to pull this move.

Still, the official social media accounts of US Soccer say that future posts will include the full unaltered Iranian flag. It is undoubtedly a jab at an opinion on the field and the world's geopolitical stage. The fact remains that the team needs to try to maintain its focus as it gets closer and closer to match day.