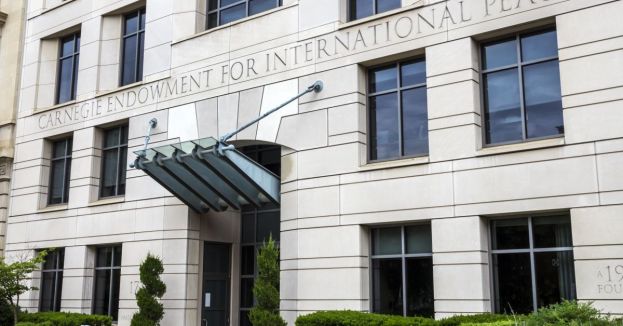 Several names of Chinese policy experts mysteriously disappeared from websites for a prominent Washington DC think tank just a week after Daily Caller News Foundation revealed that some of those experts had direct ties to the Chinese Communist Party (CCP).

The Carnegie Endowment for International Peace had at least 16 expert’s names disappear from their website after the revelations. The Daily Caller News Foundation revealed 20 individuals with ties to the CCP, so more names might disappear from the website soon.

It is unclear why Carnegie removed these names unless they were too embarrassed by the information about the kind of people they relied on for expert opinions and advice regarding receiving information about China.

Republican Texas Rep. Lance Gooden spoke with the DCNF and stated the following about the situation:

“Carnegie is attempting to cover up their ties to Communist China, but the infiltration is so severe that they are unwilling — or potentially even unable — to purge every last CCP member and intelligence front group operative from their ranks.”

He also said that it is time for this organization to be thoroughly investigated by the government.

One expert that disappeared from the website has ties to the Chinese People’s Institute of Foreign Affairs. This is a front organization for higher-up members of the CCP, and it helps do the bidding of the CCP around the world.

Republican Florida Rep. Michael Waltz commented on the situation to the DCNF as well, saying:

“These revelations shouldn’t surprise anyone — the CCP has worked diligently to infiltrate American think tanks, university endowments, Hollywood, corporate boards, TikTok and much more as part of broader pattern to help shape policy.”

In total, there are a lot of people who were represented on the website of this non-profit that was scrubbed from it entirely.