It's YOUR Right: Handgun Ownership Has DOUBLED And Many Cite This Reason For It... 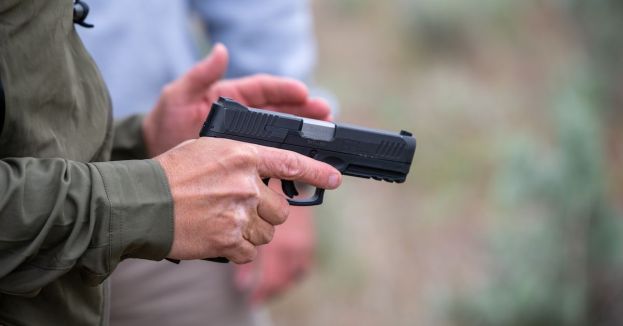 The number of Americans carrying a firearm daily nearly doubled between 2019 (when the latest data came out) and 2015, when it was recorded.

A study from the American Journal of Public Health found that nearly 6,000 gun owners carried handguns every day in 2019 compared to roughly 3,000 in 2015. Additionally, the number of people responding to an online survey about the daily carrying of handguns rose from about 9 million in 2015 to 16 million.

The study zeroed in on those who carry a handgun on their person, not just those who might happen to have one in their vehicle.

The increases correspond with more lax gun laws in many states and an increasing number of survey participants saying they carry a gun for self-protection. They fear rising crime rates and other issues in our society that are driving much of the conversation about guns.

A decision by the US Supreme Court just recently overturned certain gun restrictions by the state of New York.

The authors of the study wrote the following, according to Fox News:

"This ruling could further catalyze the loosening of firearm-carrying regulations in different parts of the country at a time when, as our study indicates, trends in handgun carrying already point to more US adults carrying loaded handguns in public places, including without a permit when a permit is required."

Professors from several universities, including Northwestern University, the University of Washington, and Harvard University, conducted the study.

The authors of the study said that there is little known about how many adults actively carry firearms throughout the country. The available details are often only known due to self-reporting; even then, the subject is not often broached in many other studies. There are only a handful of accurate and valuable studies regarding the prevalence of gun ownership throughout the country, which is why these professors wanted to put their findings out for all to review.

In 1994, the percentage of Americans who said they bought a gun for self-protection was 46%. Now, that number stands at 83%.

The vast majority of states continue to loosen gun laws rather than tighten them within their borders, so it appears likely that the percentage of Americans who will likely get guns in their possession for self-protection will also likely increase in the future. It just gets easier every year to do so.