A Dem With Common Sense: Colorado Governor TURNS DOWN Biden's Call For An "Assault Weapons" Ban 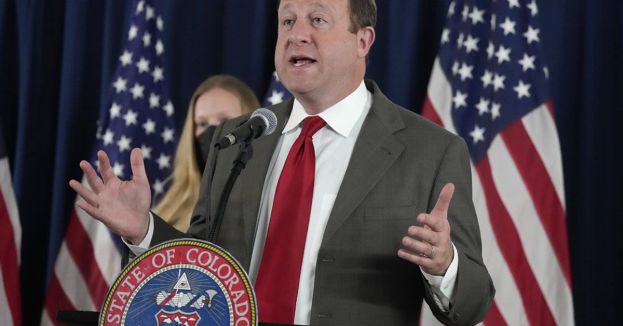 The Democrat Governor of Colorado says that he does not endorse the assault weapons ban proposed by President Joe Biden.

Governor Jared Polis took a stand against his party on this one. However, he says he is willing to look closer at licensing requirements for high-powered weapons within the state. Thus, he takes things a step further than many Republicans would like, but at least he is not going as far as fully signing on to an assault weapons ban.

Polis spoke with NBC News about this stand and said: “In Colorado, we have a magazine limit – 15 bullets, no more than 15 bullets in a magazine. So effectively, it reduces the ability of high-powered weapons to do harm. So look, I think all these things, including the red flag law, and expanding its use should really be looked at.”

He is known for being rather conservative on gun issues for a Democrat, and he is also upholding that reputation right now. He left the door open to rational and fair thought about gun laws that might make sense in Colorado, but he is not willing to talk about an assault weapons ban in his state now.

A gunman killed five and injured at least 19 others in a shooting at a gay club in Colorado earlier this week. Fox News reported that after that tragic event, President Biden jumped right into politics and stated that he would try to ban assault weapons in the midst of it.

The President continues to conflate assault weapons with semi-automatic weapons and calls for a ban on both or alternatively. He seems to think he can pull one over on people who are not quite clear on the differences between these various types of weapons themselves.

Fox News noted that semi-automatic weapons include some handguns, shotguns and rifles, while assault weapons are generally seen as a group of automatic long rifles that can fire 30 rounds before the shooter needs to reload.