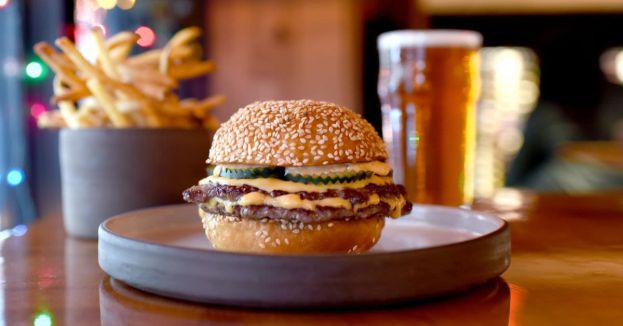 According to Just the News, the Beyond Meat factory is reportedly experiencing food safety issues.

At one time, Beyond Meat was the superstar of meat replacement, but lately, reports are forthcoming about food safety at the company’s Pennsylvania production plant.

This week's report from Bloomberg noted that “a former employee concerned about conditions at the plant” shared photos showing “apparent mold, Listeria, and other food safety issues,” which indicated equipment was being used improperly.

The photos viewed by Bloomberg showed “what appear to be spills, unsafe use of equipment, and mold on walls and ingredient containers,” and “spreadsheets, photos and internally prepared reports reveal that foreign materials such as string, metal, wood, and plastic have been found in food from the plant at least as recently as last December."

A Beyond Meat representative told Bloomberg that state inspectors “found no instances of nonconformance with regulations” last year.

According to Granite Grok, leaked documents claim that Beyond Meat’s Pennsylvania plant could be riddled with bacteria. The documents claim Listeria was found in the facility 11 times in less than one year.

The company has experienced other negative business situations along with the implication of food safety. CEO Doug Ramsey, the former CEO of the company, left the company after being involved in a physical altercation resulting in his biting off a man’s ear.

On the financial front, previously announced 2021 a three-year partnership with McDonald’s and other fast food chains, including Subway, KFC, and Dunkin’ Donuts, according to Granite Grok.

Over the past two years, the company’s stock prices have plunged, dropping from $200 per share in 2020 to under $13 this past week.