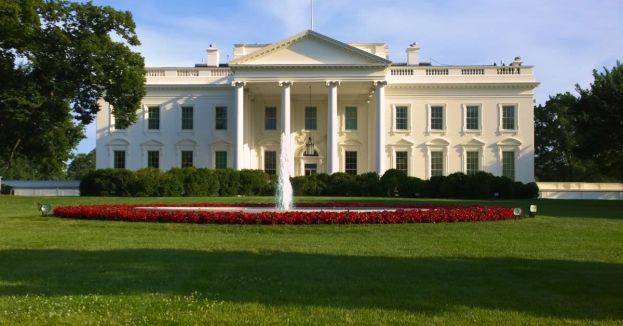 The White House can’t seem to get a break, and it’s hilarious.

For Thanksgiving, the White House came up with talking points for Americans: Biden’s alleged accomplishments. These were meant to give people good arguments in case someone said something wrong about the President. However, Twitter users didn’t have it.

According to The Western Journal, “White House Chief of Staff Ron Klain and Deputy Communications Directors Jennifer Molina and Herbie Ziskend were among the Biden administration officials who tweeted a bizarre infographic on Wednesday titled “President Biden’s Top Accomplishments for when chatting with your Uncle at Thanksgiving.”

The Western Journal had a few great points about Thanksgiving. For example, the news source says, “The White House failed to mention that many Americans will be forced to skip Thanksgiving dinner this year, or severely dial back on what foods they buy, thanks to Biden administration policy decisions that have, in part, led us into a record inflationary period.”

Twitter users helped set the record straight for Biden and his supporters. One erased everything below the infographic’s title to show that Biden has accomplished nothing. Another posted a picture of record-high gas prices, which are over $6 per gallon in some areas. Others pointed out how expensive a Thanksgiving dinner is this year thanks to Biden’s inflation.

One Twitter user called the infographic a libtard pamphlet. This is what another Twitter user had to say: “Uncle: ‘Can you please pass the potatoes, hun?’ Blue-haired, non-binary niece majoring in gender studies: ‘Biden took on Big Pharma—AND WON.’”

Another thing to note is that plenty of Americans are skipping the traditional meal this year. Per The Western Journal, “While Klain and other White House staff would love nothing more than for liberal Biden voters to correct their mean Republican relatives at the dinner table, they failed to mention that a recent survey from Personal Capital indicated that one in four Americans will be forced to skip the traditional holiday meal this year.”

While Biden is concerned about talking points, many wish they could afford dinner. While he funds Ukraine, Americans struggle to make ends meet. It’s ridiculous, and infographics like this show how out of touch Biden is with Americans.