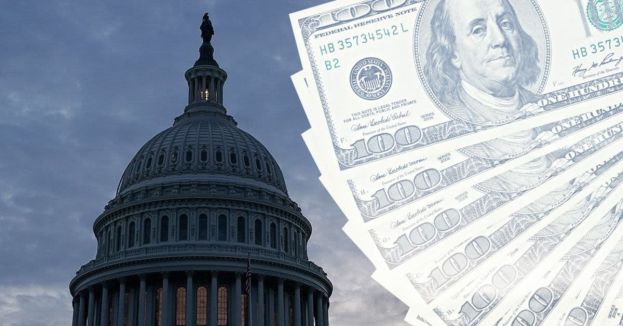 The United States government has sent billions of dollars to Ukraine to aid in the military situation.

This includes money, weapons, and more. While all of this money goes to Ukraine, Americans continue to struggle. Finally, Republicans are going to put a stop to the reckless spending in Congress.

The Gateway Pundit reports, “Congresswoman Marjorie Taylor Greene, who kicked off the presser, highlighted how the money spent on Ukraine could have helped to address the influx of Fentanyl into the United States by Mexican drug cartels, but acknowledged the fact that the Democrats were shamelessly parading around wounded Ukrainian soldiers around the United States Capitol, but wondered why they weren’t doing the same for families who had lost loved ones due to the Fentanyl epidemic.”

Not only will Congress stop sending massive amounts of money to Ukraine, but they are also determined to find out where all of the money has gone.

According to The Gateway Pundit, “Congressman Massie followed up by promising to figure out where all the money has gone when it comes to Ukraine, stating that American support for continued support for Ukraine and support for the initial funding to Ukraine had wained among the American people.”

Mills also spoke out against more money being sent to Ukraine. According to Flvoicenews.com, “We’re stewards of the American taxpayer’s money, and we should be more fiscally responsible on how we allocate funding,” Mills told Florida’s Voice.

“I am an incoming freshman, and I will not be silenced. You have to earn my vote. The people – not the party, elect me.” As an American, I want to know how my hard-earned money is spent. It should go to Americans and help American families before supporting Ukraine.