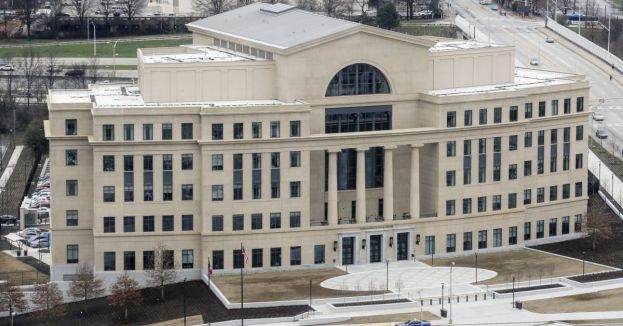 The Heartbeat Law states that an abortion is illegal after a heartbeat is picked up.

In one Georgia county, a left-wing judge overturned the bill. However, now it’s back, and liberals are pissed.

Reuters points out, “Georgia passed the law, which also defines “person” to include an “unborn child,” in 2019. A federal judge blocked it that October before it could take effect, finding it violated the right to abortion established by the U.S. Supreme Court in its 1973 landmark Roe v. Wade ruling.”

However, now that Roe v. Wade has been overturned, many states are rewriting laws that were previously in effect or even those that were tied up in court.

Breitbart states, “McBurney’s opinion came after the overturn of Roe and Casey in Dobbs v. Jackson Women’s Health Organization and made a blatant appeal to substantive due process — the invention of constitutional rights by the judiciary — saying, ‘This ruling is merely a reinforcement of what ought to be for everyone the uncontroversial notion that, if the judicial branch has declared a constitutional right, legislatures exceed their authority, improperly expand their role, and fundamentally alter the balance struck by the separation of powers when they enact laws they know to be plainly and facially unconstitutional.’”

Planned Parenthood also released a statement about the overturning of the law. According to Reuters, “‘This is a grave human rights violation, and Planned Parenthood, along with its partners, will do everything in our power to fight back and ensure all people can get the health care they need, regardless of where they live,’ Alexis McGill Johnson, President of Planned Parenthood, one of the providers in the lawsuit, said in a statement.”

This decision comes as Georgia faces a close run-off election. Republican candidates previously focused on inflation and the economy, but many consider those safety issues. Some believe that it was their unwillingness to touch on controversial social issues, such as abortion, that led to us failing to see the red wave that was predicted.

The run-off election in Georgia can determine whether Republicans win the Senate or whether they have another 50-50 split with Vice President Kamala Harris breaking the tie.