Sickening: Walmart Killer Left Kill-List And Manifesto Behind Ahead Of Shooting 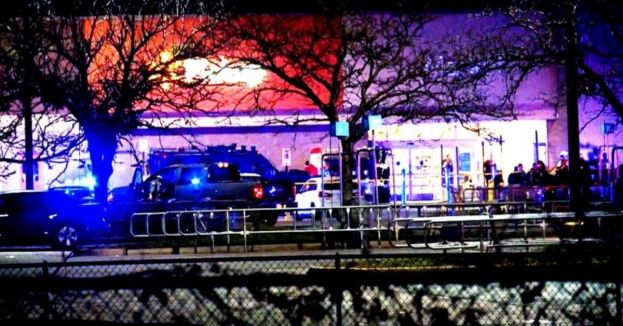 The suspected shooter at the Chesapeake, Virginia Wal-Mart that faced a mass shooting just days ago left behind a manifesto and a kill list he created for himself.

The suspect is Andre Bing, an employee at that specific Wal-Mart location.

Law enforcement spoke with WAYY 10 and said that Bing carried a written manifesto on his phone into the shooting. Fox News has not been able to confirm this with the Chesapeake Police Department.

All of the manifesto's content has yet to be released to the public.

The 31-year-old Bing was armed to kill people when he entered the Wal-Mart. A statement from the Chesapeake Police Department to Fox News Digital stated the following about the kind of tools that Bing carried with him: "armed with one handgun and had multiple magazines."

More details about the shooting are yet to be confirmed by police and other officials on the scene. However, it is known that multiple fatalities occurred on the scene. It appears to have been a planned murder spree, but the precise details about why the killings happened the way they did are not yet known.

Employee Briana Tyler, who survived the incident, stated that 15 to 20 employees were gathered in a stock room going over the details of their assignments for the night when they heard the sound of gunfire break out in the store. Some employees also reported that they believed they heard the gunman laughing about the actions that he was taking at the time.

Tyler stated that it was by the grace of God that the gunfire did not hit her. She said she was close enough to the gun to see smoke. Thus, she came dangerously close to becoming a victim herself.

The violence only ended when authorities saw that Bing turned the gun on himself and died of a self-inflicted gunshot wound.

Fox News did ask to speak to the Chesapeake Police Department about possible motives that Bing might have had for this deadly action. Still, they stated that they were not willing to disclose any possible information they might have about the motive.