Give Him Props! Another Trump-Backed Candidate Wins, Changing The Narrative Around His Success 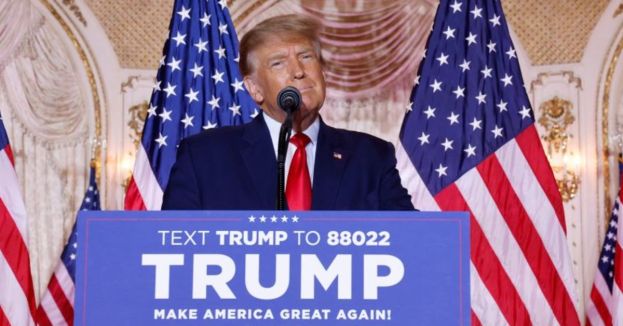 We now have news that another Trump-backed candidate has secured a win.

While many media outlets were happy to report that Trump was the biggest loser of the midterms, they were wrong.

The Blaze reports, “After two weeks of vote counting, the Associated Press called the race for Kiley on Tuesday. Kiley received roughly 53% of the votes, leading his Democrat opponent, Kermit Jones, by over five points.”

However, this win is not his first one. Kiley also beat Jones on June 7 in the primaries. Although the seat belonged to the Democrats for years, voters wanted a change.

The Blaze says, “Kiley told Fox News’s “The Ingraham Angle” that ‘the House of Representatives is the part of our government most responsive to public opinion. That’s the way the framers designed it. That’s the way our Constitution was designed. So, by electing a new majority in the House, the American people have said," We need change.”

Kiley won over the voters with a few traditional Republican campaigning strategies. He campaigned on reckless spending in Congress, stricter laws for certain criminals, reducing taxes, ending illegal immigration, saying goodbye to sanctuary laws, and more. While many voters were against him, more than enough people in California are ready to see change happen.

California is known for being more of a liberal and Democrat state. Transgender laws often send audiences into an uproar while crime continues to increase. This win signals that even Californians are ready for a change in our country and their state.

The Blaze says, “With Representative-elect Kiley’s victory, the GOP now has 220 seats in the House. While the midterm elections didn’t bring with them the red wave some voters had anticipated, the Republican majority may nevertheless bring a significant undertow in the form of oversight and investigations.”