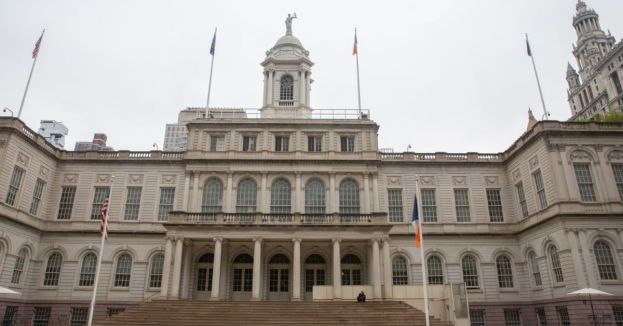 State election laws are under fire after a Staten Island grand jury found various instances of ballot fraud in the city council race last year according to reporting from the New York Post.

Staten Island District Attorney Michael McMahon released a report from the grand jury that consisted of 38 pages and made recommendations for changes that could be made to the law to ensure that these elections are fairer and that fraud doesn't creep more into the process.

"This report should alarm all involved in the electoral process on Staten Island and across New York city and state, including the general voting public," said McMahon about the process.

The report didn't make it clear as to which race the fraud was found in. It stated that there wasn't enough evidence to convict anyone specifically related to this event. However, there was enough evidence for the grand jury to release the list of recommendations for how the law could be changed for the betterment of the way that the city runs its races.

The grand jury recommended that experts be brought in to perform forensic audits of the ballots after they are cast. They want those individuals to perform document verification to ensure that all ballots are correctly marked in the way they are supposed to be and that only valid and registered voters are voting.

The report also suggested that absentee voting be banned and that ballots not be sent to any known address of any candidate in the race.

The New York Post reports that the grand jury looked at the State Island City Council race between Marko Kepi and David Carr. The final results of the race produced a narrow win for Carr. However, many questions were raised about the race by the grand jury and by simple observers who saw what was going on and had legitimate questions about what had happened in that race.

"Unfortunately, the victims here are the hundreds of residents whose identities and votes were stolen. And this will happen again until our state Legislature takes election integrity and security seriously."

He also stated that this race is the poster child for voter fraud. It is the kind of thing that needs to be fixed right away if we can ever hope to have fair elections again.