What A Fighter: Kari Lake Is Going ALL IN With This Next Move (Video) 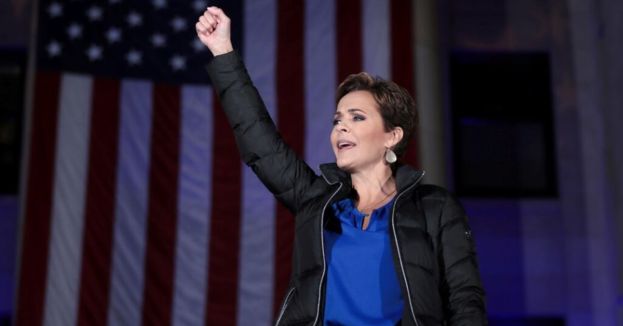 Arizona candidate Kari Lake is looking at challenging the results of the 2022 election that eventually put her opponent Katie Hobbs in the driver's seat to win the race.

The latest news is that Lake will bring a lawsuit against Maricopa County to release certain documents about how the election was held in that county in this latest cycle. She wants to use this information as a first step in eventually suing the state to overturn the election results.

Lake spoke with "Just the News" and stated the following:

"Every single rule was pretty much broken when it came to Election Day voting where they punish the people who chose to show up on Election Day,"

She followed up by saying that her team was preparing to file this lawsuit before pursuing a larger lawsuit against the state. Lake says that her team is planning to sue but is just waiting because they believe that Katie Hobbs believes it is a botched election.

Plenty of voting centers in Maricopa County experienced issues with voting machines. There were issues with ballots being rejected by the tabulators. There were also issues with some machines not printing the ballots with enough ink. This made them difficult to read at times.

Some voting centers were so backed up that people left without casting a ballot. These are just a few of the issues that people are very concerned about as they learn about all that went on in Maricopa County. If Lake didn't bring this lawsuit, then it is possible that we wouldn't have had the opportunity to hear about these situations at all.

Continuing to speak to Just the News, Lake said:

"Many people are saying they want a redo of Maricopa County. I've heard people say to throw it out. We have not determined what the remedy is. But I don't think you can fix what happened to the vast majority of voters who showed up on Election Day being disenfranchised in this way. We're working on what we believe the remedy should be."

The idea that there could be a redo of all of the votes in Maricopa County might seem like a long shot for many people, but it is something that Lake believes should happen if there have been fraudulent results in the election in any way.