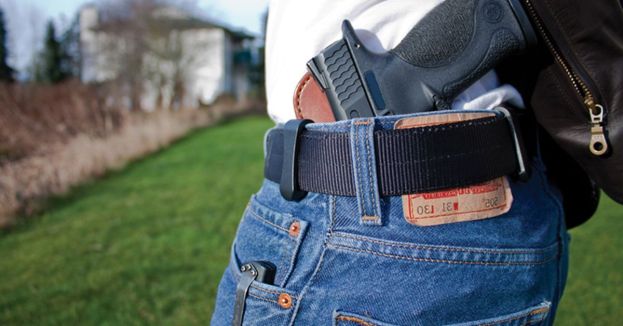 A federal judge struck down another law that liberal New York attempted to pass.

This law would have banned certain types of guns from being purchased or owned in the state. However, the federal judge said, "not so fast." The laws that New York wanted to put in play are unconstitutional based on the protections afforded to us via the Second Amendment.

U.S. District Judge John L. Sinatra Jr. ruled that a ban that New York attempted to pass that would eliminate the right to carry a firearm on private property without proper signage is a violation of the Second Amendment. Thus, the law has been struck down.

The law read as follows:

"A person is guilty of criminal possession of a weapon in a restricted location when a such person possesses a firearm, rifle, or shotgun and enters into or remains on or in private property where a such person knows or reasonably should know that the owner or lessee of such property has not permitted such possession by clear and conspicuous signage indicating that the carrying of firearms, rifles, or shotguns on their property is permitted or has otherwise given express consent."

The judge took particular issue with the private property part of the law. He felt that the fact that one chooses to own a gun on their property is a right protected by the Constitution. A single state (New York) cannot simply decide that it will override the provisions of the Constitution.

The guns rights movement has had some wins lately, as the U.S. Supreme Court has ruled in favor of various gun rights groups. They have seen success with their lawsuits when they reached that level. It is just unfortunate that it has to go that far sometimes.