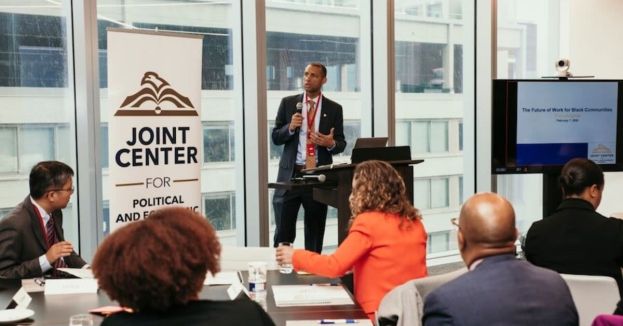 A non-profit has received funding from Zuckerberg and Soros to promote a racial census in the United States House and Senate.

This means that these liberal billionaires are attempting to radically transform the makeup of the House and Senate based on their notions of what those institutions should look like.

The Joint Center for Political and Economic Studies is the name of the non-profit receiving these benefits, and they sent out an e-mail to all members of the House and Senate asking them to participate in a census about their racial identity.

Information collected by the group is meant to work on "structural changes on Capitol Hill that would allow for more people of color to be hired in a senior position." The likes of Zuckerberg and Soros are directly funding this kind of work.

They are putting their thumb on the scale to get a House and Senate that they want based on nothing more than people's racial identity. To say that this is beyond the pale is that most people are very displeased by the fact that these individuals feel that they can do something like this without anyone raising concern.

Some members receiving the survey are refusing to answer the questions. It is not a requirement of their job, and they don't believe that it is right to categorize people based on their racial identity in this way.

It is reasonable for them to be up in arms about the treatment that they have received from this group, and many say that it is a good thing that members are taking a stand against this blatant discrimination.

The fact that non-profit groups can receive this funding and largely fly under the radar is something that we should all take note of.