Give Him His Money Back! Crypto Investor LASHES OUT On Dems For FTX Scam 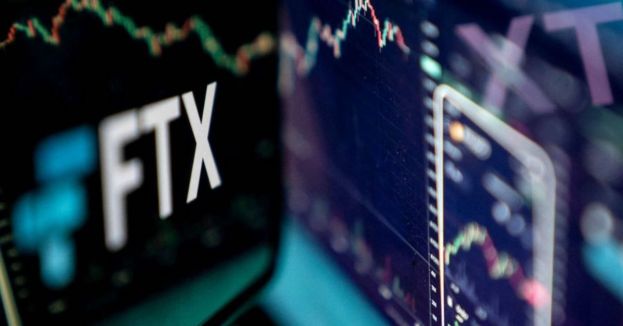 One way that Sam Bankman-Fried evaded scrutiny that might have revealed his shady business practices was to lavish powerful Democrats with political contributions.

The CEO of FTX also made a lot of virtue signaling about charitable giving for climate change, the COVID-19 pandemic, and other favored causes.

In the wake of FTX’s collapse and the disappearance of billions of dollars, at least one of the investors Bankman-Fried allegedly fleeced is demanding that Democrats who benefited from the cryptocurrency company’s largess give him back his money. Fox News explains.

“An outraged crypto investor is speaking out after losing millions following the FTX collapse, urging Democrats to ‘step up’ and return crypto losses to an estimated one million customers.

“Evan Luthra joined ‘Fox & Friends First’ Wednesday to discuss why he believes it’s the Democrats’ responsibility to return capital to the platform’s investors and why he believes former CEO, Samuel Bankman-Fried (SBF), should be behind bars.

“’ I believe the responsibility is on them right now… on the Democrats to get this money back to us as the users,’ Luthra told co-host Todd Piro. ‘This was never Sam Bankman-Fried’s money… This was not a donation that was made in the right way.’

“’ I really hope that these guys take their responsibility and step up and do their job.’”

Luthra is not the only person demanding that Democratic officeholders return the money that Bankman-Fried donated to them. He allegedly gave $38 million to various Democrats, making him just the second most generous donor after the infamous George Soros.

Luthra had some choice words to say about Bankman-Fried’s business practices.

“’ So to me, it seems like this was a fraud from the beginning,’ he continued. ‘He should already be in jail. He should already be behind bars, and he should be made to surrender all these assets that he is hidden and distributed to his friends and close associates.’”

Bankman-Fried reportedly squirreled away $300 million a year before FTX declared bankruptcy. No one knows how much of his investor’s money is hidden away from the eyes of government auditors.

In the meantime, Luthra blamed the media, in part, for the FTX disaster.

“’ I think we all got really defrauded by him like he really put it out there even today,’ Luthra said. ‘I’m actually quite surprised how some of the media is pushing him as like really the savior. I just saw this article in The Washington Post earlier saying Bankman-Fried’s collapse is going to make a hindrance on how he was helping the pandemic. He was not helping the pandemic. He was just lying nonstop.’

“’ He claims to be an altruist, right? Where is all the donations? All the innovations went to politicians,’ he continued. ‘I’ve never seen him donate any money to a charity… That was just media hype. I believe that he really used the media to his advantage and he really got us to believe and trust him.’”

The walls may be closing in for Bankman-Fried. While he is holed up in his mansion in the Bahamas, many expect that American law enforcement will demand his extradition to the United States to face justice.