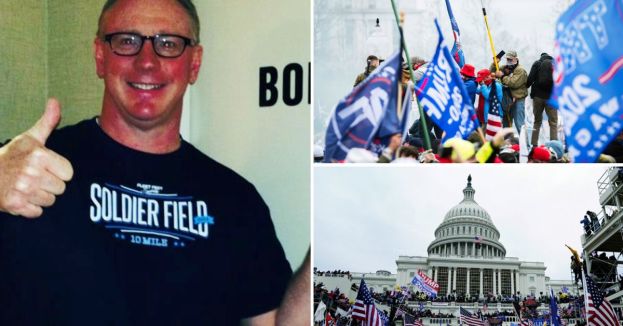 The Justice Department will deem the suicide death of a Capitol Police Officer as a death in the line of duty.

Members of Liebengood's family say that they were informed of the official designation by the Justice Department before the news broke out to the larger public.

The designation will benefit the family under the Public Safety Officer Benefits Program. Liebengood's wife, Serena, stated the following: "The determination is significant, healing, relieving, and we are grateful for it,"

Liebengood took his own life on January 9, 2021, three days after the riots.

This past summer, President Biden signed legislation that extended benefits for families of law enforcement officers who die by suicide after they go through something traumatic on the job. It also expands benefits to officers who experience post-traumatic stress disorder (PTSD).

Liebengood was one of four officers who died by suicide following the January 6 riots, according to dcist.

The three other officers who died this way were all Metropolitan Police Department officers. One died just days after the riots, while the other died months after the event.

The classification of those officers' deaths is not yet clear. The fact that four officers died of suicide in such a short time after this event is an incredible tragedy.

Knowing why these officers decided to terminate their own lives is something none of us can ever know. It is incredibly hard to get into the mindset of someone who decides to end their life this way. All that is known for sure is that there was a time when several officers who served on the Capitol Police force committed suicide near the time of the January 6 riots.