Sure Buddy: Lawyer Of Driver Who Ran Through Dozens Of Officers Makes Crazy Defense Statement 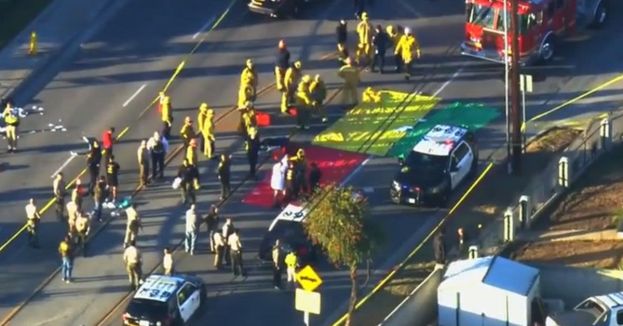 The California man accused of intentionally running over several police officer recruits has an attorney with some wild theories.

The man's attorney now insists that his client fell asleep at the wheel, causing the accident.

In total, the vehicle ran into 75 recruits who were out for a morning jog. This resulted in severe injuries for many of those officers, and some even lost limbs due to the situation.

Witnesses to the situation say that suspect Nicholas Joseph Gutierrez appeared to be driving his Honda CR-V between 30 to 40 mph when he collided with the recruits. His vehicle slammed into a pole at 6:30 am on November 16, 2022.

Lawyer Alexandra Kazarian spoke with the NY Post and said the following:

"He wasn't up late the night before, but he just fell asleep on his way to work."

She chalked it up to being a "freak accident."

One cadet, Alejandro Martinez, suffered a health setback over the weekend and is said to be in "grave condition" following what happened. Other cadets lost limbs due to their injuries. However, the attorney wants to stick by the story that her client did nothing wrong and merely fell asleep at the wheel.

She says that her client woke up at 5 am that morning and was traveling from his parent's home to his place of work.

The recruits were out on a morning job as part of their routine training. That is when the Honda CR-V collided with them and injured so many. These are life-changing injuries that the recruits have to deal with, but an attorney for the suspect is still trying to play things off like it is nothing.

LA County Sheriff Alex Villanueva spoke about the incident and stated that the Sheriff's office has probable cause to believe that the accident was intentional. The attorney refutes those claims.

"I have no idea why [Villanueva] came out and said that especially while the initial investigations showed … there was no evidence it was intentional."

She continued by saying that her client comes from an extended family of people who have served in law enforcement. She wants to gain sympathy for her client and help create reasonable doubt about his guilt. In this case, it appears. However, those on the scene that day didn't seem to think the crash looked like an accident. Many witnesses say that it appeared intentional.