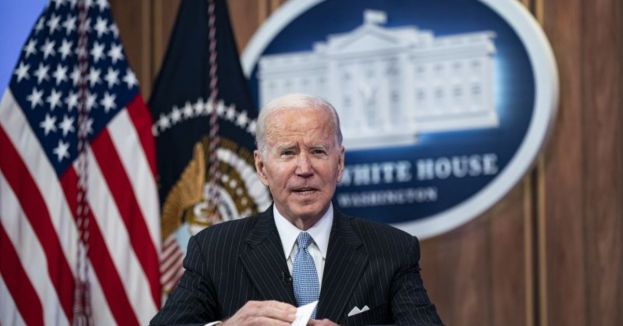 President Biden has called for more gun control after a shooting in a Chesapeake, Virginia, Wal-Mart took place overnight between November 22, 2022, and November 23, 2022.

The incident involved a Walmart employee who appears to have been disgruntled and shot and killed six of his co-workers before she killed herself. Her weapon was a pistol.

President Biden said the following about the situation:

"Jill and I grieve for those families, for the Chesapeake community, and for the Commonwealth of Virginia, which just suffered a terrible shooting at the University of Virginia this month,"

Police indicated that a store employee carried out the mass shooting. The shooter shot and killed six people before the gun on himself and died of a self-inflicted gunshot wound.

There are four other individuals in the hospital from this shooting. The condition of those individuals is not known at this time.

The suspect is not yet identified in the media as police say they have not yet had time to notify the next of kin. Officials say that the suspect did not have a known criminal record before the shooting.

The investigation into the shooting remains ongoing at this time. It is just the latest of a series of deadly shootings that have occurred this week in the runup to Thanksgiving.

An on-campus shooting on November 13 left three football players dead at the University of Virginia. Just a week later, a shooting at a gay club in Colorado left five dead and 17 wounded.

Biden called the shooting in Chesapeake:

"yet another horrific and senseless act of violence."

"There are now more families who know the worst kind of loss and pain imaginable,"

He also said that there are families with loved ones that won't be at the Thanksgiving dinner table this year because of these events. Every one of these events is tragic, but there isn't any legislation proposed in Congress right now that would have prevented any of this. Instead, they are the latest horrific example of the spike in crime that the country has witnessed in the last couple of years.