Is This A Joke? WHO Caters To The Woke Mob After Biden Admin Request 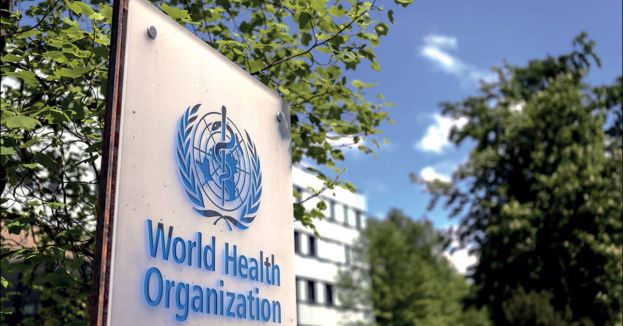 The World Health Organization has decided to rename "Monkeypox" to "Mpox" at the request of the Biden Administration.

Some within the administration seem to think that people are offended by the name "Monkeypox," and they worry that it could cause stigmas.

Politico reported that three anonymous sources informed them that the name change was at the Biden Administration's behest. Thus, it seems like the WHO isn't even attempting to make impartial decisions about public health regarding this matter. They are flat-out following what Biden's people tell them to do.

The sources say that people within the White House have consistently pressured the WHO to change the name, and some even insisted that they would change the name that the United States used for Monkeypox with or without the WHO moving first.

The report says that the administration believes the term "monkeypox" is discriminatory toward people of color.

The WHO labeled Monkeypox a "public health emergency of international concern." This is designed to open up additional funding streams from international partners and to expedite the process of creating or spreading a vaccine for the disease.

In total, the United States has seen roughly 29,200 cases of Monkeypox within its borders since the outbreak began.

The CDC states that the disease is most likely contracted by men who have sex with other men. They released the following information about it: "At this time, data suggest that gay, bisexual, and other men who have sex with men make up the majority of cases in the current monkeypox outbreak. However, anyone, regardless of sexual orientation or gender identity, who has been in close, personal contact with someone who has Monkeypox is at risk. Take steps to prevent getting Monkeypox. If you have any symptoms of Monkeypox, talk to a healthcare provider."

So far, the data available to the CDC suggests this to be the truth of the matter.