Hopefully They're Serious This Time: Republicans Promise To Hold Biden DHS Accountable For This... 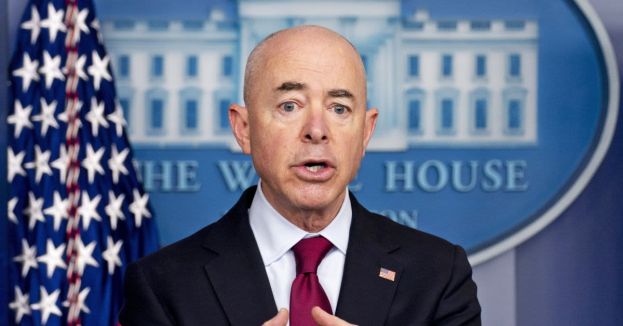 He says that if Mayorkas does not resign, the Republican-led House will begin investigations immediately. McCarthy is anticipated to be the next Speaker of the House (although that remains an open question), and he is already taking over the reins of power and telegramming what he will do when he is in charge of the House.

McCarthy spoke from the border in El Paso, Texas, and stated the following:

"I am calling on the Secretary to resign. He cannot and must not remain in that post,"

Some Republicans are chomping at the bit to impeach Secretary Mayorkas. Still, McCarthy suggests that they will only begin with a series of investigations into the actions of the Secretary in his role overseeing our border security. McCarthy and many leading Republicans believe that Mayorkas has caused more harm at the border than good and want to see him held accountable for those actions.

McCarthy did say the following about potential investigations:

"We will investigate. If the investigation leads to an impeachment inquiry, we will follow through,"

McCarthy wants to highlight the failures of the Biden Administration to address the problems at the border. It seems like the current Administration is not interested in doing what it can to alleviate some of the pressure from the border communities that are doing everything they can just to hold on and not be completely swamped by the rush of immigrants that are hitting their cities every day.

Going to the border where so much of the problem lies is a great way for powerful Republicans to point out what is happening under our noses. President Biden has not even visited the border since he was sworn in.

He prefers to pretend like the issue isn't happening at all instead of stepping up and doing his job as President. That is not a strategy that the American people appreciate, and it isn't helping border communities deal with all of this.

There is plenty of blame to go around for the immigration situation that we find ourselves in. Still, the fact that the President refuses to even see the devastation border communities face is very telling. He has seemingly turned his back on the situation. Republican voters are just hoping that their politicians will do something about it this time.