What A Shame: Infamous Rock Star Sounds Off On Tearing Down History... 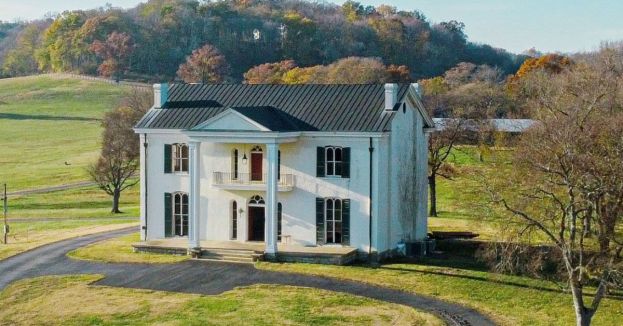 Musician Kid Rock is never afraid to speak his mind, and he did so again on Fox News.

In this case, he is speaking out against the potential destruction of singer Hank Williams' antebellum home. Kid Rock spoke about it with Tucker Carlson on Fox News.

Beechwood Hall, the home of Hank Williams, was created in the 1850s and survived the Civil War. It is located near Franklin, Tennessee, and it was previously owned by country stars Faith Hill and Tim McGraw.

Fund manager Larry Keele purchased the home and its property in 2021, but residents in the area expressed concerns that the home may be demolished.

Kid Rock told Tucker Carlson he is tired of seeing history torn down. He stated the following on the show:

"Whether it be in the form of monuments, statues, and now something so important here in Nashville… where does it end?"

The Heritage Foundation of Williamson County, a non-profit organization in the area, released a statement in which they stated that they are working directly with the new owners of the property to "create a comprehensive preservation plan and bring resources and solutions to the table for discussion."

The fund manager also said that the rumors of the building being torn down are misinformation and that he has no plans to do so. He also noted that the home has been vacant for several decades and that it was in a state of disrepair when he and his wife purchased the property last year.

He continued by saying that he has had architects to the property to determine the best course of action to maintain as much of the property as possible. This might have caused some confusion with certain people who might have believed that the architects had come out to look at demolishing the property.

That is simply not the case, according to the fund manager. He would be taking a huge financial hit if he were to have the property demolished in any way.

Activists at savebeechwood.org, an organization dedicated to saving historic properties like this one, suggest that the architects that came out advised that the building was beyond any ability to save it. However, Keene disputes this and insists that he will not have the building demolished.

Kid Rock concluded his thoughts on Tucker's show by saying:

"I think there's going to be many people [who] will get on board. They can go to savebeechwood.org, and I think you will see many more country music stars, musicians, and just great people in the community who want to preserve this for the next generation. Generations beyond that,"