They Want To Ban Diesel Rigs?? The "Dumbest" State Prize Goes To... 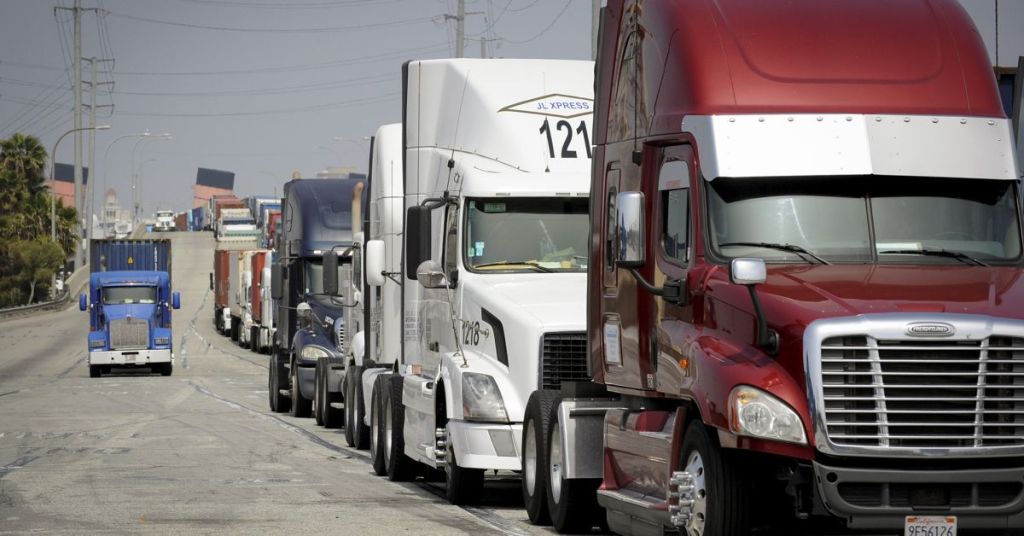 The State of California might be aiming for the "dumbest of the dumb" award with its plan to try to force the hand of consumers to accept electric vehicles faster than they might have otherwise.

So, what are they up to? Simply put, California wants to enforce a mandate that would phase out older diesel trucks by 2025 and force an all-electric truck mandate by 2035.

The state doesn't seem to care about an ongoing supply chain crisis or that many California residents depend on driving diesel trucks for their work. The industry has relied on diesel trucks to power itself forward for a very long time, and it is a disappointment to see that politicians who have never spent any time around the industry are making decisions that will have such a lasting impact on an entire industry.

The Wall Street Journal reports that California is moving forward with its plans to enforce the electric vehicle mandate even though it hasn't built the infrastructure necessary to help get those trucks where they need to go.

The California Air Resources Board is the governing body that is behind this move, and the Wall Street Journal reports the following: "The goal is to push more than 30,000 heavily-polluting trucks to clean energy by 2035. However, trucking industry officials say there is a big gap between the target and the charging infrastructure that barely exists today and would take years to build."

Indeed, there is a major issue here because industry experts believe it will take years for the infrastructure to be built out so that trucks can truly go all-electric. Until that happens, there seems to be little point in pushing forward the concept of moving to an all-electric fleet. It is absurd that California wants to push this mandate without providing the necessary infrastructure to make it happen.

People up and down the chain are upset that the government is pushing these mandates without at least consulting the industry players first. It seems abundantly clear they don't care about what industry people have to say on the matter. Instead, they are only interested in pursuing their political agenda no matter what the overall impact of that agenda might look like.

With this in mind, keeping an eye on California and how it moves going forward will be important. There is a chance that it might have to back off from some of these changes.